Directed by Laurent Cantet
A rounded and revealing portrait of a French teacher in a multiracial Parisian school and the challenges he faces in the classroom.

"To educate is to guide students on an inner journey toward more truthful ways of seeing and being in the world," Parker Palmer writes in his bestselling book The Courage to Teach. Francois (Francois Begaudeau) teaches French in a junior high school in a tough Paris neighborhood. He is a creative soul willing to take risks in the classroom to encourage learning. At the same time, he expends a great deal of energy trying to maintain order and foster respect. His students are a lively bunch from diverse ethnic traditions. Although Francois tries to spur them on with Socratic questions, they also are willing to submit piercing questions of their own.

Among the students who push his buttons are Sandra (Esmeralda Ouertani) who seems to discern in his wit a sharp-edged weapon; Khoumba (Rachel Regulier), a black girl who refuses to read aloud from Anne Frank's diary and then expresses her disdain for her teacher; Wei (Wei Huang), an illegal Chinese immigrant who is very smart and upset about his fellow classmates' lack of shame; Carl (Carl Nanor), a Caribbean transfer student who has been expelled from other schools; and Souleymane (Franck Keita), a rebellious Malian Muslim who consistently causes trouble in the classroom. Souleymane asks Francois whether he is a homosexual and claims that he is only trying to find out whether the rumor is true or not. He refuses to do his homework but Francois does involve him in a project calling for a personal profile, convincing the young man to share photographs of himself and his family. It is a magic moment in the classroom when Francois praises Souleymane for his talent and creativity.

Laurent Cantet won the Palme d'Or at the 2008 Cannes Festival for The Class. We have been immensely impressed with the high quality of his films and his focus on the morality in the lives of the characters in his dramas. Human Resources stands out as one of the most profound and thought-provoking films ever made about work. Time Out is a riveting anatomy of one man's soul-shattering experience of unemployment; and Heading South probes the pain and suffering caused by power, violence, and poverty in Haiti.

In The Class the tensions caused by France's multi-racial society are reflected in the classroom. One of the teachers has a meltdown in front of his peers as he curses the savage and odious behavior of the students which he characterizes as animalistic. In the last segment of the film, Francois loses his cool and uses an inappropriate term which offends and angers two female students. This leads to further rebellion in the classroom led by Souleymane.

The Class, which uses real students as the characters, is authentic every step of the way with its searing portrait of the flaws and strong points of a teacher who cares.

Special features on the DVD include a "Making-of" featurette and a commentary on select scenes. 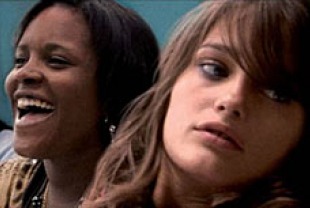 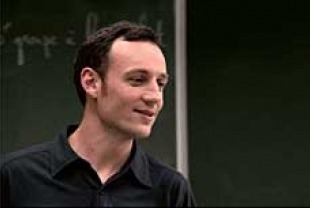