Directed by Fernando Meirelles
Salutes the vision that sees invisible things, cares for others, and refuses to abandon hope.

In this well-done screen adaptation of an apocalyptic novel by Nobel Prize winner Jose Saramago, citizens of a busy city are stricken by sudden blindness. This "White Sickness" (how the blind describe the what happens to them) spreads quickly from one person to another. The government acts immediately by quarantining the victims in an abandoned mental asylum. Mark Ruffalo is an eye doctor stricken with blindness who becomes a leader in one ward that includes a Japanese couple (Yusuke Iseya and Yoshino Kimura), a Woman with Dark Glasses (Alice Braga), a Man with a Black Eye Patch (Danny Glover), a thief (Don McKellar), and a young boy (Mitchell Nye).

Unbeknownst to these blind people, the eye doctor's wife (Julianne Moore) is immune to the infection and can see. As a result, she becomes a caretaker for many of the victims and a spokesperson for them to the armed guards outside the asylum. One of the major burdens she bears is her husband's feelings of helplessness and hopelessness. At one point, he tells her that she is more like a mother and a sister to him than a wife.

Trouble and danger increase threefold when a man known as the Bartender (Gael Garcia Bernal) proclaims himself the King of Ward Three and then the rest of the asylum. He commandeers the meager supply of food and demands jewelry and sexual favors as payment. He is assisted by an accountant (Maura Chaykin). These two sow many seeds of fear, anger, and dread among the blind inhabitants of all the wards. We see the toxic effect of selfishness and power on the community and the violence that ensues.

Fernando Meirelles (The Constant Gardener, City of God) directs this thriller. The screenplay by Don McKellar focuses on the healing balm of empathy, compassion, and hope offered by the doctor and his wife who are spiritual people and caring leaders in a catastrophic situation.

"Vision," according to English writer Jonathan Swift, "is the art of seeing things invisible." This gift belongs to those who see the good hidden away in suffering and pain. It resides in those who refuse to give up hope when others are quick to flee. Blindness salutes this brand of idealistic vision as a noble example of the human spirit at its best.

Special DVD features include "A Vision of Blindness" - the making of Blindness documentary and deleted scenes. 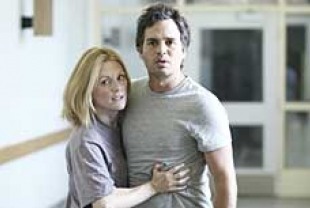 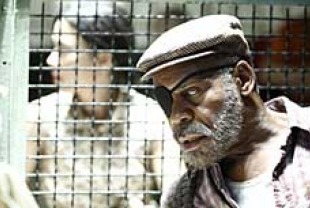