Stranded: I've Come from a Plane That Crashed...

Directed by Gonzalo Arijon
An impressive spiritual meditation on the values of community, self-sacrifice and unity with others.

On October 13, 1972, a plane took off from Montevideo, Uruguay, carrying members of a rugby team and a few of their supporters. On the way to Chile for a match, it crashed into a snow-capped mountain. Two days before Christmas, 16 of the 45 passengers were rescued. Their miraculous story of survival was told by Piers Paul Read's 1973 book Alive! The Story of the Andes Survivors, which has sold five million copies in English, and a 1993 film called Alive starring Ethan Hawke. Now decades later, Gonzalo Arijon, a documentary filmmaker and a childhood friend of the survivors, has made a spiritually gripping film using archival footage, interviews with those on Flight 571, recreations of the crash and its aftermath, and a pilgrimage to the site of this disaster made by some of the survivors and their loved ones. Stranded: I've Come From a Plane That Crashed on the Mountains won the Grand Prize at the International Documentary Film Festival Amsterdam.

In the interviews with the survivors, it is clear that a keen sense of community was a key factor in keeping them alive for 72 days in terrible conditions. They had to care for the injured, allocate the meager supply of food, share the shelter of the plane's fuselage, and come up with strategies to melt the snow into water and protect themselves from the cold. Ten days after the crash, they learned from a still functioning radio that the search for them had been abandoned. Equally scary, the food had run out. The survivors then made the momentous decision to eat the flesh of the dead whose bodies had been preserved in the snow. Food is a sacrament, a sign of our sacred relationship with all that exists and with the Creator. The Catholic survivors saw a parallel with the Last Supper when Jesus offered his flesh and blood to the disciples. Some also saw the dead as providing the means for their friends to continue living in the same way that dead and buried bodies become food for plants and animals.

Another spiritual challenge comes when snow from an avalanche fell on the fuselage killing eight survivors. A few of those who lived through that three-day nightmare went through the mystical transports that have accompanied others in near-death experiences. Finally, there is the self-sacrifice of two men who walked 44 miles over the mountains to get help for their 14 comrades.

Stranded: I've Come From a Plane That Crashed on the Mountains is a impressive spiritual meditation on the values of community, self-sacrifice, unity with others, hope, and loving cooperation that are necessary for human survival on this planet .

Special DVD features include "The Making of Stranded": a 52-minute documentary with behind-the-scenes footage of the cast and crew and additional interviews with the Andes crash survivors; a statement by director Gonzalo Arijon and a note on Academy Award nominated director of photography César Charlone (City of God). 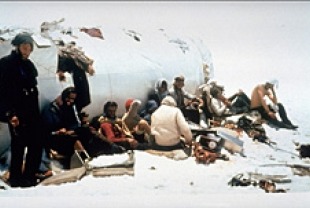 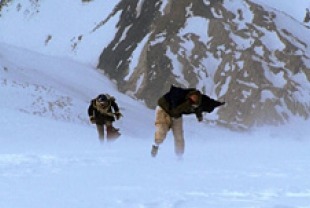