Directed by Eric Darnell, Tom McGrath
An animated comedy about Alex the lion and his three buddies that is a total lark.

This animated follow-up to the number one family comedy of 2005, Madagascar, is a total lark. Kids and their parents will love the crazy characters and identify with the challenges faced in the story.

The penguins have repaired an old plane and the animals stranded in Madagascar plan to use it to return to New York. But the plane doesn't get too far and is forced to land on the plains of Africa. Alex (Ben Stiller), the dancing lion who earned the title "King of New York" in the zoo, is reunited with his father Zuba (Bernie Mack) and mother (Sherri Shepherd). Slowly memories come back to him about his childhood. But Makunga (Alec Baldwin), who wants to be the alpha of the pride, has some nasty tricks in mind for the newcomer who must prove his strength and power in a coming-of-age battle with another lion.

Meanwhile, Alex's three closest friends face their own challenges. Marty (Chris Rock), the fast-talking zebra, is thrilled to be able to run with his own kind but finds it troubling when he discovers that no one stands out in the community where they look alike and have so much in common. Melman (David Schwimmer), the hypochondriac giraffe, takes the mantle of being a healer and enjoys the chance to help others. But he is still too shy to express his feelings of love for Gloria (Jada Pinkett Smith), the sassy hippo. At the watering hole, she is attracted to Moto Moto (will.i.am). Melman realizes he'd better open his heart to Gloria before she swims away with this competitor.

Writers and directors Eric Darnell and Tom McGrath have created a delightful tale that involves a volcano, a water hole that dries up and threatens the survival of many animals, and a group of stranded tourists who are led by the same violent little lady who took on Alex on the streets of New York City. Also along for the ride are Julien (Sacha Baron Cohen). king of the lemurs; his assistant Maurice (Cedric the Entertainer), and Mort (Andy Richter), the sad-eyed mouse lemur.

This time around all the animals are finding ways to express their individuality and their feelings. Alex, for example, loves to dance. It's his way of celebrating life. By the end of Madagascar Return 2 Africa, he is able to kick up his paws and dance the night away!

Special features on the DVD include: a commentary by the filmmakers; featurettes: "It's a Family Affair: The Cast of Escape 2 Africa," "The Making of Escape 2 Africa," "Crash Landing," "African Adventure," "Jambo Jambo: Swahili Speak," and "Alex's Dance Off"; music videos: "Move It, Move It," "Big and Chunky," "She Loves Me," and "The Traveling Song Sing Along"; the DWA Jukebox; and a Test Flight of the Air Penguin Game. 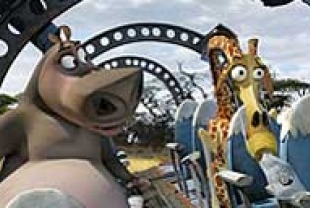 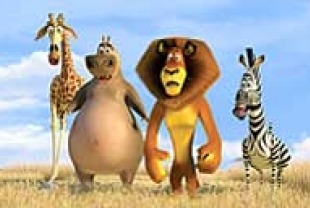 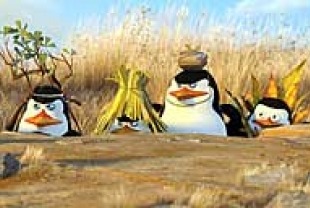 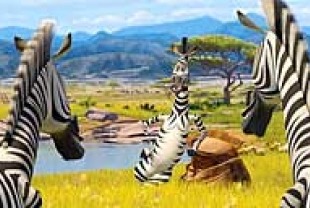 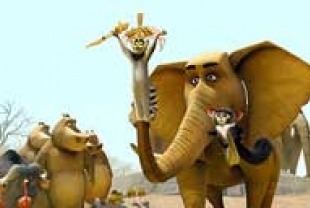