Directed by Darnell Martin
An entertaining biopicture about the rise of Chess Records and its impressive list of blues musicians and singers.

Darnell Martin has written and directed this musical showbiz biopic that depicts the phenomenal rise of Chess records in Chicago during the 1950s and 1960s. She has crafted a movie that will be loved and savored by devotees of blues music.

Leonard Chess (Adrien Brody), an ambitious Polish immigrant, starts out running a bar but decides to take a stab at being a record producer in 1956. He is very lucky to land Muddy Waters (Jeffrey Wright) as his first client. This poverty-stricken African-American is a highly skilled blues musician and singer/songwriter who breaks a path for others with his R&B success. Chess also oversees the career of Little Walter (Columbus Short), an energetic harmonica player who takes off as a singer as well. He's a self-destructive man who carries a gun and becomes an alcoholic.

The narrator of the unfolding drama is the songwriter Willie Dixon (Cedric the Entertainer) who reveals some of the unsavory details of Chess's business dealings with disc jockeys and later with his stable of performers. For a while, he treats his musicians like family and does his best to combat the racism they encounter when when they travel the country. Three of his other finds are Howlin' Wolf (Eamonn Walker), a gritty singer and rival of Muddy Waters; Chuck Berry (Mos Def), an inimitable pop performer; and Etta James (Beyonce Knowles), an emotionally damaged cross-over singer who needs special attention. The music — performed by the actors themselves — comes across with real clout and effectiveness. Also featured are Gabrielle Union and Emmanuelle Chriqui as the long-suffering wives of Muddy Waters and Leonard Chess who spent most of their time and energy on their careers. 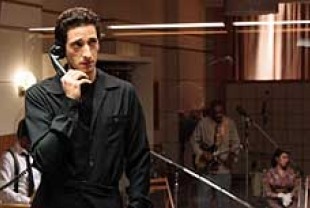 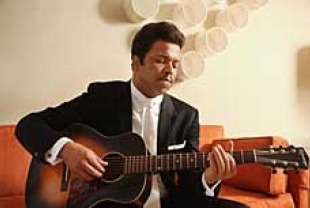 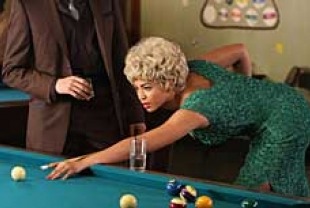