Directed by David Frankel
A comedy about a wild, rambunctious, and playful dog who is a spiritual teacher par excellence of how to live in the present moment.

After getting married on a snowy day in Michigan, John (Owen Wilson) and Jenny (Jennifer Aniston) Grogan decide to move to Florida. Both journalists, they get jobs at competing local newspapers. They purchase a modest starter house in West Palm Beach, and soon there is talk of a family. John is not sure he's ready for that, so his best friend Sebastian (Eric Dane), a successful reporter who sees himself as an expert on female behavior, suggests he get Jenny a puppy to take her mind off babies. "There's nothing to it. You walk 'em. You feed 'em, you let 'em out now and then." On her birthday, John takes Jenny to a kennel and a 12-pound Labrador puppy picks her out. They name him Marley, and he soon changes their lives with his rambunctious presence.

Anyone who has ever had a pet knows how they are spiritual teachers par excellence. Marley is a wild and often out-of-control puppy who chews up everything from pillows to the dry wall to the sofa. Before long, he's grown into a 100-pound dog who creates havoc wherever he goes. They take him to a local obedience school, but the instructor (Kathleen Turner) decides he's the unruliest dog she has ever come across and kicks him out of class for being a bad influence on the other animals. But Marley is a master of living into the present moment. It takes quite a while for the Grogans to learn from him how to live this way without regrets or expectations.

John's wise boss at the newspaper, Arnie Klein (Alan Arkin), gives him a column and is very pleased when he turns it into an entertaining commentary on everyday life peppered with stories about Marley's antics. Yet John is not satisfied since in his head he sees himself as a serious news reporter. He is constantly comparing himself unfavorably to Sebastian who has moved on to work for the New York Times.

Jenny has trouble staying in the present too. She has planned out her life and is troubled because things are not happening on schedule. When they finally decide to start a family, they have trouble conceiving. Then she has a miscarriage. Eventually they have two sons and a daughter and move to a larger house in Boca Raton. Jenny decides to be a stay-at-home mom but then wonders why all her expectations are not met.

Marley & Me is directed by David Frankel from a screenplay by Scott Frank and Don Roos based on the bestselling book by John Grogan. This comedy shows how Marley becomes a catalyst for many of changes in the the Grogans' lives. Marley's exuberance makes it difficult for the Grogans to take a trip because their dog drives all caretakers crazy. He howls and goes nuts during thunderstorms but loves to swim in the ocean and a pool. He turns out to be good with the kids, and even when challenged by stress, John and Jenny admit that the dog is an integral part of their family. He gives as much as he gets.

John's yearning to be a reporter takes them to a new job with a newspaper in Philadelphia about the time that Marley begins to slow down in old age. John realizes what a great and glorious companion this slobbering labrador has been throughout his life. Although he still does some things that make John call him the "World's Worst Dog," most filmgoers will agree that Marley is a wonderful companion with a big love and an enthusiasm for play that is extraordinary. That is why the laughter and the tears that accompany your viewing of Marley & Me will be genuine and heartfelt.

Special DVD features include 19 deleted scenes with a commentary by director David Frankel; featurettes: “Finding Marley,” “Breaking the Golden Rule,” “On Set with Marley: Dog of All Trades,” “Animal Adoption,” and “When Not to Pee”; the Purina Dog Chow Marley & Me Video Contest Finalists; the Purina Dog Chow Video Hall of Fame; and a gag reel. 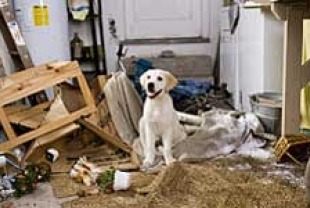 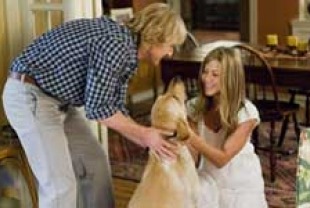 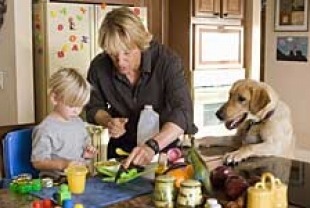 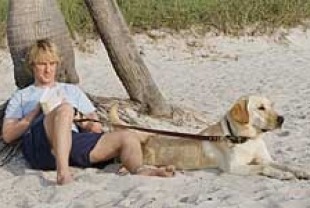