Directed by Eran Riklis
An important movie about the healing power of empathy in the continuing Israeli-Palestinian conflict.

Salma (Hiam Abbass) is a 45-year-old widow from a Palestinian village who lives next to the border between Israel and the West Bank. Salma's husband died ten years ago of a heart attack; her son is in America, and her daughters are living their own lives far away. She has inherited a lemon grove planted by her father 50 years ago which she takes care of with Abu Hussam (Tarik Copty), an elderly friend of the family. They both see the trees as having souls and feelings which is why they tend them with love and care.

The Palestinian woman's routine and way of life is turned upside down when Israel Navon (Doron Tavory), the new Israeli Defense minister, moves into a new house along with his wife Mira (Rona Lipaz-Michael). Their property sits right on the edge of Salma's lemon grove and Israeli security forces deem that terrorists could hide in the trees and threaten the safety of the minister. They set up a military watchtower and issue an order that the lemon trees must be uprooted. In a letter informing Salma of this decision, the Israeli authorities promise to compensate her for the loss.

Salma is shocked by the injustice of this order and the disrespect for her home and vocation. Armed with nothing but courage and hope, she decides to challenge the military decision in Israeli courts. Determined not to lose her trees, she says, "I've had my share of grief in life."

Salma finds a Palestinian lawyer Ziad Daud (Ali Suliman) to represent her in Ramalluh. They both realize that winning the case is a long shot. Things go poorly in the first hearing but Salma decides to continue, taking her case all the way up to the Israeli Supreme Court. Meanwhile, she and Ziad confront their mutual loneliness. He is a 34-year-old who went to law school in Russia; he's divorced from his Russian wife and has left a child behind. Salma has lived alone for a long time under the prying eyes of the male Palestinian community who have very rigorous ideas about what constitutes proper behavior by Muslim widows. A tender romance begins between Ziad and Salma that surprises them both and touches them deeply.

Eran Riklas (The Syrian Bride) directs this poignant drama which shows the important role empathy can play in the ongoing Israeli and Palestinian conflict. Buddhist writer Stephen Batchelor has observed, "There are moments when we experience ourselves not at odds with others but as participants in a shared reality. . . . Ethical integrity originates in empathy, for then we take the well-being of others to heart and are moved to be generous and caring."

Salma finds a new ally in a person she hasn't even spoken to but who intuitively understands her plight. Mira Navon, wife of the Israeli Minister of Defense, is lonely too. Only her prison is a luxurious new home. She knows that her charismatic husband is having an affair with a young woman and she has given up hope that he will ever change. When Mira first sees the lemon grove, she comments "Isn't it charming?" As time goes on, she observes Salma's courage and independence in the face of power and prejudice. She senses the loneliness they share and the integrity it takes to stand up for what one believes in. Mira's empathy animates her to take an action that changes her life forever.

The Israeli-Palestinian crisis needs more bridge-builders and less construction of walls that separate peoples. Lemon Tree is an important film that shows the simple but morally elegant way to bring about change in a milieu drenched with mistrust. 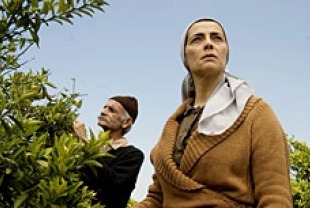 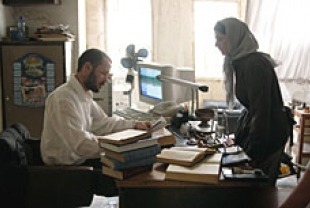 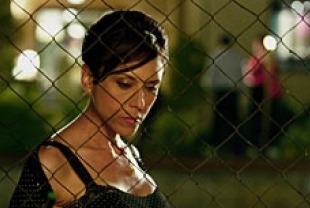 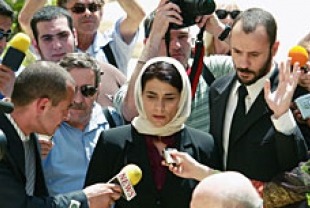