Directed by Tim Disney
A powerful drama that will make your blood boil if you are sensitive to stories about injustice and racism.

African-American males comprise 35.4 percent of the 2.3 million inmates in American prisons. Many of them have been convicted under the tough-on-crime laws in the so-called war on drugs. There is something drastically wrong with the American judicial system and the word is "racism." If you are poor, black, and male you have three strikes against you in many places in this country.

In this hard-hitting film, the victim of injustice is a poor, black woman who lives in a Texas housing project. When we first see her tending to her four children, there is not the faintest suggestion that she could secretly be a drug dealer. Her story is juxtaposed against the final stages of the Presidential election in which George Bush, the governor of Texas, reiterated his tough stance against crime and his advocacy of law-and-order.

Dee Roberts (Nicole Beharie) is 24 years old. She works as a waitress and depends on government subsidies to feed her family. Her grandmother Alma (Alfre Woodard) lives in the same housing project and looks after the children when her daughter is at work. To complicate matters, Dee is in a constant battle with her ex-husband Darrell (Xzibit) over the children; he lives with a woman who has a history of child abuse.

While Dee is at work, Calvin Beckett (Michael O'Keefe), the gung-ho district attorney, leads a military-like drug raid on the housing project, rounding up 30 African-Americans who live there. They come for Dee at work and she is taken to prison in handcuffs. She has no prior record and no drugs are found on her or at her apartment. Dee has been indicted for dealing drugs to school children on the word of a single police informant. She is given a token lawyer who advises her to plead guilty and go home the next day or fight the charges and face a long prison sentence. What he doesn't tell Dee is that accepting a plea bargain means that she will lose federal benefits like food stamps, Medicare and Medicaid benefits, housing subsidies, and Pell grants. Depending on the state, she might also lose the right to vote — which is what happened to many African-Americans in the 2000 Presidential election.

American Violet is a powerful drama that will make your blood boil if you are sensitive to stories about injustice. Director Tim Disney draws out an incredibly moving performance from Nicole Beharie as Dee. We identify totally with her plight as she spends 21 days in prison and is offered a chance to speak out against the injustice of her incarceration by suing the District Attorney. Her Christian faith and her minister (Charles S. Dutton) play important parts in her decision. David Cohen (Tim Blake Nelson), a ACLU lawyer, decides to take her case along with Sam Conroy (Will Patton), a local attorney who knows the police who participated in the raid. After facing several legal hurtles, they decide to prove the District Attorney's hatred of blacks.

Hats off to director Tim Disney and screenplay writer Bill Haney for having the courage to expose racism as the sick and sad shadow that still is alive and well in America.

Special features on the DVD include an audio commentary by director Tim Disney and Telluride film festival interviews. 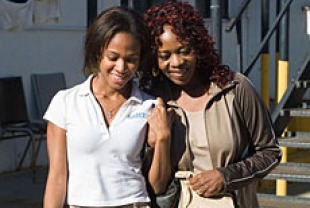 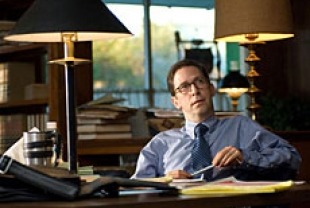 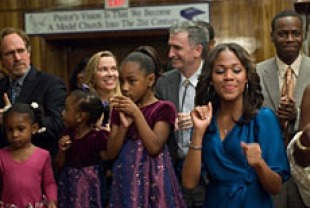