Directed by Robert Kenner
A bracing and disturbing documentary about the industrialization of farming and the growing power of the unregulated food industry.

This hard-hitting documentary charts the sad and sometimes scary state of affairs in America's food industry. Director Robert Kenner presents interviews with farmers, ranchers, and chicken farmers who are increasingly being squeezed out by large and powerful corporations (like Monsanto who over the past decade has increased its share of the soybean market from 2% to 90 %). In addition to exerting control over the nation's food supply, Big Agriculture has the clout to influence the regulatory agencies which are supposed to protect the consumer. On the one hand the public has more choices in the marketplace (bigger-breasted chickens and insect-resistant soybean seeds); on the other, they are getting sick from the food they eat as new strains of e coli cause illness in an estimated 73,000 Americans annually. In 1972, The FDA conducted 50,000 food inspections and in 2006, the number was down to a dismal 9,200.

Kenner includes insightful commentary by activists Eric Schlosser (Fast Food Nation) and Michael Pollan (The Omnivore's Dilemma) who are highly critical of the food industry and its constant need to put profits ahead of consumer health and well-being. Among the important subjects covered are factory farming, the genetic modification of crops, the cruel treatment of chickens and cows, the rise in cases of obesity and diabetes, the use of illegal immigrants in the food industry workforce, and the dire effects of feeding corn to cattle.

The filmmaker sees a few glimmers of light and hope in the courageous efforts of a Virginia farmer to raise animals the old-fashioned way by treating them with respect and in the efforts of a smart yogurt entrepreneur who is trying to convince Walmart to stock his organic product. Don't miss Food, Inc., a bracing and disturbing documentary about the industrialization of farming, the dangers of genetically modified foods, and the growing power of the unregulated food industry.

Special features on the DVD include deleted scenes; Celebrity Public Service Announcements; Resources; ABC News Nightline "You Are What You Eat": Food with Integrity; "The Amazing Food Detective"; and "Snacktown Snackdown": Stay Active and Healthy. 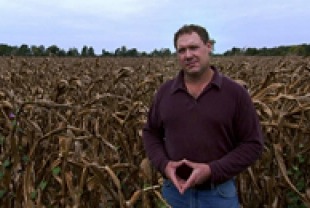 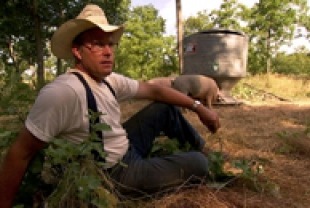