Directed by Nora Ephron
A charming film that celebrates both culinary creativity and the spiritual practice of enthusiasm.

In The Silent Cry, theologian Dorothee Soelle wrote: "To be amazed means to behold the world and, like God after the sixth day of creation, to be able to say again for the first time, 'Look! How very good it all is!' The soul needs amazement, the repeated liberation from customs, viewpoints, and convictions, which, like layers of fat that make us untouchable and insensitive, accumulate around us. What appears obvious is that we need to be touched by the spirit of life and that without amazement and enthusiasm nothing new can begin."

Enthusiastic people light up their own lives and the lives of people all around them. They have a certain kind of spiritual energy that enables them to give all they've got to the tasks at hand, holding nothing back. Julie & Julia is a delicious comedy about two women whose lives are animated by a love of food and cooking; one is living in Paris in the 1950s, and the other is living in present-day Queens, New York. In this movie with parallel story lines they are both writers; one is working on what will become a famous cookbook, and the other is a blogger. But the most interesting thing they have in common is the spiritual practice of enthusiasm which infuses all they do.

When Julia Child (Meryl Streep) arrives in Paris with her husband Paul (Stanley Tucci), a diplomat, she is ecstatic about being in such a beautiful city. This Smith graduate, who worked for a U.S. government security agency during World War II, is now a middle-aged woman who still hasn't found her calling. After floundering around in several hobby options, she decides to attend Le Cordon Bleu, a prestigious French culinary school where all the students are unfriendly men. Although Julia is given a hard time by the elitist head of the school, who looks down on her for being American, Julia does graduate. Soon she has also teamed up with Simone Beck (Linda Emond) and Louisette Bertholle (Helen Carey) who have a cooking school. They ask her to collaborate with them on a pioneering work that will teach Americans about French cooking. Over the years, Julia faces one challenge after another in writing and then finding a publisher for this mammoth cookbook.

In the other storyline, it's 2002. Julie Powell (Amy Adams) is living in a rundown apartment in Queens. She is about to turn 30 and is dissatisfied with herself and her habit of starting things but never finishing them. Unable to sell her first novel, this ambitious young woman decides to take on a new project: cooking the 524 recipes in Julia Child's Mastering the Art of French Cooking (1961) in 365 days and writing about her experiences in a blog. Since she has a full-time government job answering post-9/11 calls for the Lower Manhattan Development Corporation, Julie must do her kitchen work in the evening. This demands great patience and cooperation from her loving husband Eric (Chris Messina) who offers emotional support when his wife breaks down under the staggering pressure of a daily deadline. However, Julie sustains her enthusiasm thanks to her unflinching devotion to Julia Child's spirit and her inspirational example of finding fulfillment in melding cooking and writing.

Julie & Julia is written and directed by Nora Ephron (Sleepless in Seattle, You've Got Mail) who has a knack for catching both the little comic moments in life and the quest of women to find their own special access to creativity. We love this movie's spunky celebration of the spiritual practice of enthusiasm — both characters are exceptional mentors of this quality — and its portrait of personal transformation arriving in the midst of everyday activities.

We also bow to the wonderful performances by Meryl Streep and Amy Adams, who both deserve to be honored by Academy award nominations. We didnï¿½t want this movie to end thanks to our empathy for Julia Child and Julie Powell as they try to make their own contributions to culinary literacy and gratitude for fine food. Asked to sum up our response to the film, we will just say: "Yum!"

Special features on the DVD include "Secret Ingredients: Creating Julie & Julia" and a commentary with writer/director Nora Ephron. 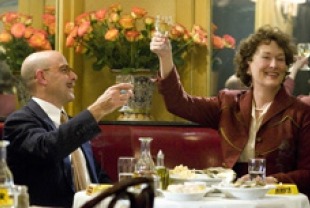 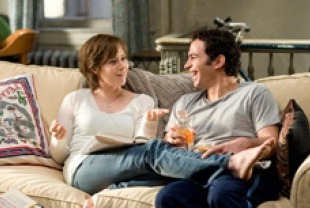 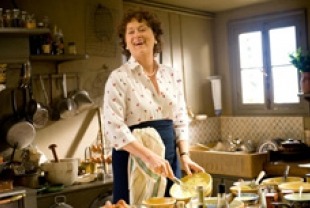 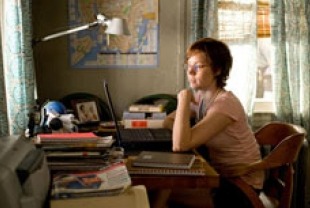