Directed by Hayao Miyazaki
A charming fairy tale about a goldfish who becomes a girl and a little boy who loves her and introduces her with pride to his world of wonders.

We are huge fans of Hayao Miyazaki (Howl's Moving Castle, Spirited Away), the master Japanese animator whose spiritual perspective is evident in his refusal to divide the world into good guys and bad guys, us versus them; in his respect for the long-lived and their special place in the world; and for his celebration of imagination, wonder, and creativity in young and old alike.

In this charming animated feature, which has been loosely adapted from The Little Mermaid, Miyazaki puts himself into the simple and satisfying life of Sosuke (voiced by Frankie Jonas), a five-year old boy who lives by the sea in a house on a cliff with his mother (Tina Fey) and his father (Matt Damon), who is usually away thanks to his job as the pilot on a cargo ship. Sosuke attends preschool and is a favorite visitor to the senior citizen center where his mother works.

On day, this young boy rescues a goldfish with a face that almost looks human. He puts her in pail of water and proudly takes her to school, naming her Ponyo. He's delighted when she responds to him by doing a somersault in the water. Sosuke is so enthralled with Ponyo that he promises he will always protect her. But her father (Liam Neeson) has magical powers over the sea and the fish. He wants her back swimming happily with her school of siblings, and he succeeds to bringing her home again. Desperate to return to life with Sosuke, Ponyo uses some magic of her own to transform herself into a little girl. This causes a lack of balance in the universe, turning the tides into floods and forcing her father and mother, the Queen of the Oceans, to act.

Hayao Miyazaki's Ponyo is a fluid and very fine animated film that is filled with creative underwater imagery and an enchanting musical score. We empathize from the outset with Sosuke's delight in having someone to love, take care of, and watch over. His world is one of wonder, the same spirit we all possess until institutions and careless adults knock it out of us. It is a pleasure to watch Sosuke and Ponyo bond as she learns to eat noodles and when called upon, to use her powers of magic to create a boat out of Sosuke's toy ship. Miyazaki makes some points along the way about the human desecration of the natural world.

Alice Miller once wrote: "Children are messengers from a world we once deeply knew, but we have long since forgotten." Miyazaki helps us harvest again those days of innocence and wonder.

Special features on the 2-disc edition DVD include "The world of Ghibli" - visit Ponyo in this extraordinary interactive experience: Enter the Lands, meet the characters, and hear the story of the movie; "Behind the Studio" - discover the film's inspiration through documentaries, including all-new interviews with Hayao Miyazaki"; "Meet Ponyo" - an introduction by the producers; and a storyboard presentation of the movie. 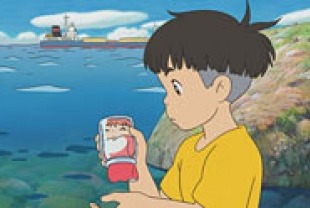 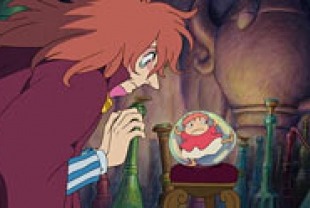 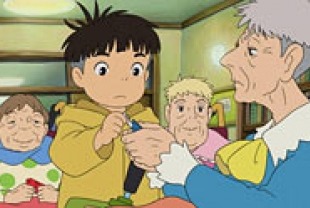 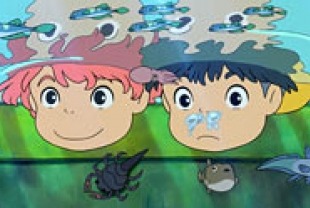 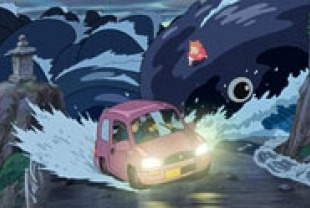 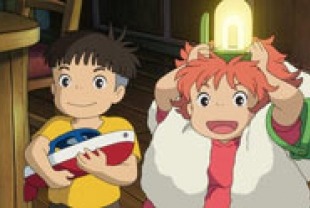