Directed by Ang Lee
A colorful glimpse of the magic of Woodstock viewed through the life of an up-tight young man, a great caretaker unable to treat himself kindly.

In 1969, nine days after the United States Senate passed the Anti-Ballistic Missiles bill, when the Vietnam War was raging in Southeast Asia, upwards of 500,000 youth gathered to affirm their counter-culture for three days of peace and music. While one group of adults waged war, another mostly younger crowd sought a new beginning based on love. The gigantic turnout was a tribute to the power of music in the lives of those who shared its many moods and meanings.
Taking Woodstock is a light-hearted comedy that takes place on the periphery of this communal event. It is directed by Ang Lee (Brokeback Mountain, Lust, Caution) based on the book by Elliot Tiber with Tom Monte. The film is very laid-back and populated with some idiosyncratic characters who just happen to connect with each other through this seminal event. The central character is an up-tight gay man who comes into his own during Woodstock.

Elliot (Demetri Martin) has been forced to take some time off from his career as a designer in New York City and return to his home in the Catskills. His parents, Jake (Henry Goodman) and Sonia (Imelda Staunton), are Jewish immigrants from Russia who run El Monaco Motel, a dilapidated place that has few customers. He argues their case before a banker who wants to foreclose on the property and then agrees to let an avant-garde theatre company stay in their barn.

Eliott, the Chamber of Commerce President for the small town, learns that a nearby community has denied a permit for a large music concert. He uses his influence to put the project in motion and before he knows what he's done, Michael Lang (Jonathan Groff), a smooth-talking and very centered organizer of the concert that will become known as Woodstock, appears in a helicopter with a large group of lawyers, event staff, and investors.

After the organizers can Elliott's idea of holding the concert in a field that is essentially a swamp, he takes them to meet Max Yasgur (Eugene Levy), a dairy farmer who volunteers his cow pasture for a nice fee. A vociferous segment of the White Lake community, however, are opposed to the concert, frightened that the hippies and counterculture freaks will damage their town and cause more trouble than it is worth. Elliott, on the other hand, realizes that he has set in motion something that will mean a lot of money for his parents.

Soon the family motel has been turned into the headquarters for the concert planners. His mother, who is always complaining, is energized by the thought of a full house and sales of food, liquor, and memorabilia. His father swings a baseball bat at two rough men who arrive to extort protection money. Elliott then hires Vilma (Liev Schreiber), a brawny ex-Marine in a blonde wig and dress to serve as a security guard at the motel. He also has to deal with a high school friend, Billy (Emile Hirsch), a Vietnam vet who is depressed and unsure about the future. But most importantly, the festive events loosens Elliott up for the first time in his life and he discovers he’s ready for whatever sexual adventures may unfold.

As a caretaker, Elliott has a lot on his plate and is advised to take some time off to enjoy the festival once it begins. Thanks to a friendly policeman who is totally surprised by the peacefulness of the throng passing through the area, he is given a motorcycle ride to the concert venue. On a faraway hill, Elliott can faintly hear the music before he is taken into the psychedelic van of two hippies (Paul Dano, Kelli Garner) who provide him with his first drug trip and a sense of the groovy togetherness that is part and parcel of the youth counterculture of the time.

This week is the 40th anniversary of Woodstock. Although this film never shows any of the concert, we still get a sense of what this cultural event meant to the people who thronged there and to a country yearning for something joyous and free and spontaneous in the summer of ‘69.

Special features on the DVD include deleted scenes; "Peace, Love and Cinema"; and a feature commentary with director Ang Lee and writer James Schamus. 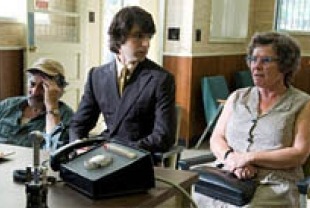 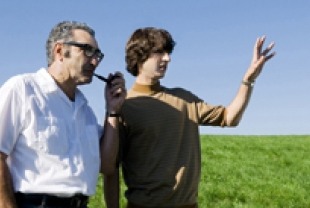 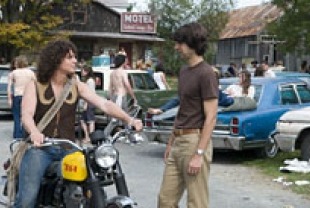 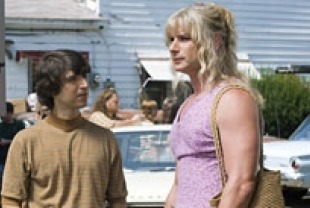 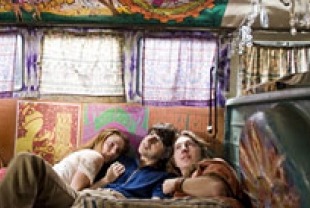