Directed by Jane Campion
A spellbinding story on the mystical and ecstatic nature of true love and its effects upon those around the lovers.

In 1918 Hempstead Village, North London, 18-year-old Fanny Brawne (Abbie Cornish) lives with her mother (Kerry Fox), younger brother Samuel (Thomas Brodie-Sangster), and younger sister Toots (Edie Martin). She is an avid seamstress with the patience and eye for detail needed for such work. She loves to make her own clothes and sees herself as a fashion maven. At local dances, she is much in demand thanks to her beauty and grace. When asked a question, Fanny without hesitation speaks her mind honestly and with verve. She lacks the quiet reserve of other young women of her age. Whenever she goes out to walk the heath, she is inevitably accompanied by her younger brother and sister who wander along behind her, abiding by the chaperon decorum of the times in this middle-class community.

Next door, the poet John Keats (Ben Whishaw) resides with his close friend and patron Mr. Brown (Paul Schneider) who tries desperately to keep him focused on his craft and isolated from the petty concerns of other people. Keats is working on his first book of poems and is very sensitive to the opinions of others about his art. Fanny admits to him that she finds poems "a strain to work out" and at first he sees her as nothing more than a shallow beauty obsessed with fashion. Whenever she visits, Brown seeks to shoo her away, but she easily handles him with her wit. Although Keats is attracted to Fanny, he knows that his poverty and lack of status in society make him a poor prospect in everyone's eyes. As he later admits to her, he feels quite uneasy with all women and doesn't know how to act in their presence.

The breakthrough in their friendship comes when Fanny shows a compassionate interest in Keats's dying younger brother Tom. She asks John to teach her about poetry, and he obliges. Soon Keats is experiencing an outpouring of creativity. He begins to court Fanny with love letters that put her in a swoon. When they can be alone, which is rarely, they express their feelings of intimacy in kisses and warm embraces. At one point, the poet admits to feeling himself "dissolving" in his love for Fanny. When he leaves town, she is distraught and plunges into a depression. They do finally become engaged, much to the dismay of her mother who had hoped for a more prosperous mate for her daughter. But then Keats is stricken with tuberculosis, and they must face another obstacle to their life together in love.

In her most spellbinding film since The Piano, writer and director Jane Campion has created a mesmerizing romantic drama based on the biography of John Keats by Andrew Motion. It has some of the same emotional power and enchantment as the 2005 movie version of Pride and Prejudice. Both stories reveal how the course of true love never runs smooth. Campion effectively shows us the mystical and ecstatic nature of true love and its effects upon those around the lovers.

Just as the film based on Jane Austen's novel gave Keira Knightley a chance to shine, this drama enables Abbie Cornish to put forward her considerable acting skills and screen presence as she unspools the different emotional states of Fanny as a daughter, an eligible young lady, and a devoted lover. In some early scenes, especially her encounters with Mr. Brown, she conveys this young woman's confidence and feistiness. Later, she is able to show us Fanny's wide mood swings; one minute she is walking on air; the next, she is plunging into feelings of rejection and dark depression. Although very varied, Cornish's performance always rings true, and we find ourselves identifying with and understanding the complex character she's playing. By the end of the film we know that Cornish has given the performance of her career so far and become a bright star. 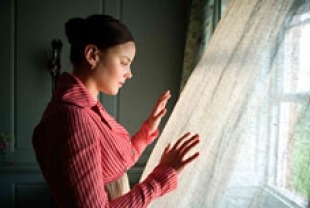 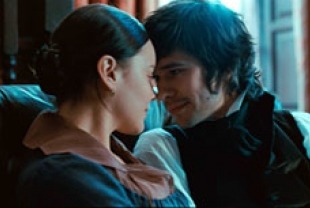