Where the Wild Things Are

Directed by Spike Jonze
A haunting, innovative, and poignant film about childhood that may have you howling with the Wild Things inside and around you.

The first twenty minutes of this creative, bold, and thought-provoking screen adaptation of Maurice Sendak's immensely popular 1963 children's book rushes at us in a torrential stream of images, movements, and loud sounds. Nine-year-old Max (Max Records) chases the family dog, exerts his power over a fence in an imaginary game, digs a snow igloo, attacks his older sister and her male friends with snowballs, cries after his igloo being destroyed, and avenges himself on his sister by some destructive acts in her room. At school he's shocked when his science teacher outlines a scenario in which the sun dies. At home again, he tries to get his mother (Catherine Keener) to visit the rocketship he's built in his room, but she's busy with her new boyfriend (Mark Ruffalo). Max reacts by dressing up in his wolf suit, standing on the kitchen counter, ordering her to feed him, and then biting her in the shoulder.

Max, his mother tells him, is out-of-control! The fears of childhood come out as anger. Still dressed in his wolf suit, he runs out of the house and through the woods and sails away on a boat to another world. After a frightening passage through stormy seas and a climb up steep cliffs, he discovers that the island is inhabited by Wild Things — large beasts with horns, crooked teeth, big bellies, and voracious appetites. They are both scary and endearing.

Max immediately empathizes with Carol (voiced by James Gandolfini), the wildest of the Wild Things, who nevertheless is feeling like nobody is on his side. He recognizes an ally in the fierce little boy who tries to help him knock down some houses. When the others hear Max proclaim his special powers to overcome loneliness and sadness, they decide this newcomer should be their king. "Let the wild rumpus start!" Max yells, and the whole band of beasts romp through the forest smashing things to smithereens.

Max relishes his role as the initiator. After the rumpus, they all collapse in a pile to sleep, a happy time for all which Max decides they can replicate by building a fort. It will be a utopian place where only what they want to have happen will happen. But this turns out to be no easy task. Jealousies and competition in the community surface, which are aggravated by a mud clod war. Max's frustration builds. It isn't easy making all the major decisions as king. He has trouble with Judith (Catherine O'Hara); who is critical and negative; the goat-horned Alexander (Paul Dano), who feels put-upon and persecuted; and KW (Lauren Ambrose) who has an on-and-off -again relationship with Carol which is heightened when she brings two new friends into the community. A child of divorce, Max is particularly sensitive to their squabbling.

Spike Jonze who wowed the cinema world with Being John Malkovitch and Adaptation, has stated that Where the Wild Things Are is not a children's movie but a movie about childhood. There are layers and layers to this film, and we suspect that it may take several viewings for us to unpack them all. Certainly, it is much richer, deeper, and darker than the Caldecott Medal-winning children's book, and those who loved that story and its younger Max may not have the same response to the film. While some older children may connect with the continuum of emotions Max exhibits — from frustrated fury to ecstatic joy to compassionate empathy — adults will most likely be drawn to the valid points the film makes about fear and sadness and their connection to anger and aggression.

Long ago Aristotle in The Nicomachean Ethics wrote:

"Anyone can become angry — that is easy. But to be angry with the right person, to the right degree, at the right time, for the right purpose, and in the right way — this is not easy."

We live in times when emotional ineptitude, violence, and recklessness are rampant in many segments of society. Where the Wild Things Are presents us with a parable about emotional intelligence as the antidote to the fear and rage which makes so many childhoods a never-ending nightmare. In the alternate world of imagination, Max is able to see his own inner dramas played out in the lives of the Wild Things — especially in Carol's mood swings. Max realizes his own limitations and that he can be more appreciative of the good things he has at home with his mother and sister.

The best fairy tales and children's books help youngsters come to terms with the shadow elements of life and the tricky emotions of fear, anger, envy, and anxiety about abandonment. This movie will do that for older children. For adults, it provides a haunting and soul-stirring reminder of the need for emotional literacy in order to deal with a world that often does not live up to their expectations or dreams of freedom and power. By the end of this magical story, Max gets it, and so will you. You might even find yourself joining him and the Wild Things inside and around you in a final howl!

Special features on the DVD include a series of Where the Wild Things Are shorts by Lance Bangs; "The Absurd Difficulty of Filming a Dog Running and Barking at the Same Time"; "The Crew Pranks Spike"; "Vampire Attack: The Max Records Short"; and "The Kids Take Over the Picture." 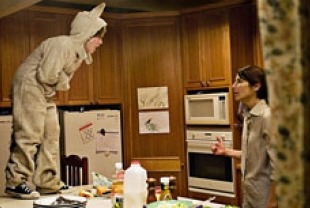 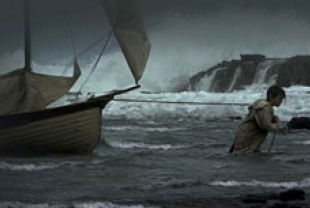 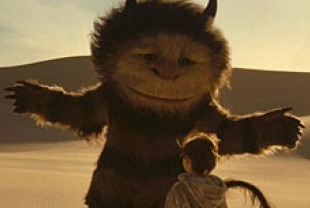 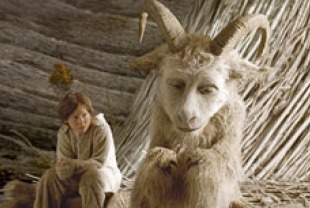 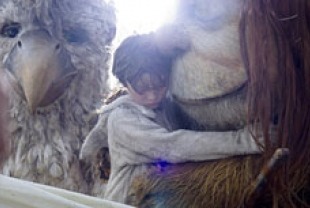