Directed by Adrian Biniez
A laid-back drama that gives us a close encounter with a lonely man whose desire animates his life in a new and adventurous direction.

Jara (Horatio Camandule) works as a night security guard at a Montevideo supermarket. He is affectionately called "Big Guy" by his co-workers. He lives alone and often eats alone while reading a book. In a small room filled with surveillance cameras which focus on the large store and its many hallways, Jara keeps watch over what is happening. Oftentimes, he falls asleep; other times, he does crossword puzzles. At his small apartment, this gentle giant lazes in front of the television set. Occasionally, Jar plays Playstation with his nephew. It is a laid-back existence with very little excitement or fulfillment.

Things change dramatically when he is swept away by Julia (Leonor Svarcas), a pretty cleaning lady from the country. She gets his attention when she is chewed out by a supervisor for knocking over a display of paper towels. Jara has him paged to another section of the store to save her from further criticism. Lacking the self-confidence to talk to her, he begins following her on the street in order to learn more about her. He discovers that she likes using computers, takes a karate class, and enjoys scary movies. Working part-time as a bouncer at a disco, he sees her at the door with a friend but they are turned away because they afford the entry fee.

Writer and director Adrian Biniez has fashioned a leisurely drama of romantic yearning that takes us and carries along on a path of surprise and delight. Jara sees Julia flirting with a handsome worker at the store and gets jealous. Then he follows her on a date with a stocky fellow. Tracking him down, he rescues the fellow when three youth try to rob him. They go out for a bite to eat and Jara learns even more about the woman who has become the sun and moon for him.

Rabbi Irwin Kula has written: "Our yearnings generate life. Our desire animates us." Gigante gives us a close encounter with a man whose desire propels him in a new and adventurous direction. 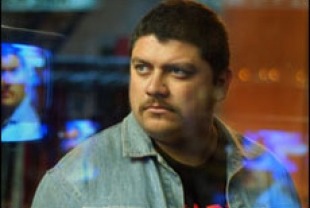 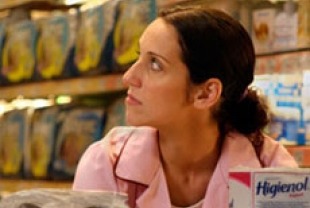