As It Is in Heaven

Directed by Kay Pollak
An astonishing Swedish drama about a church choir and its creative director who take a meaningful and loving journey together.

There are many different stories we tell ourselves about our singing: we can't read music, we sing off-key, we are embarrassed to raise our voice in public, and the like. But as many music teachers and choir directors know, the point is not to learn how to sing properly but to connect with our soul sound and express it in creative ways. Joan Oliver Goldsmith, a freelance writer and singer, says "for me, the invisible instrument manifests through the voice, that mysterious sound maker composed of vocal chords, lips, tongue, breath, and spirit. It's a peculiar and fascinating instrument."

Amateurs who enjoy singing, music, and community join choirs — which is just what more than 20 million Americans have done. Many of those who enjoy this hobby will be enthralled by As It Is in Heaven, a 2004 Swedish film written and directed by Kay Pollak; it was nominated for Best Foreign Language Film in the 2005 Academy Awards. The story focuses on a lonely but gifted conductor, his yearning to create music that will open the heart, a church choir, and its idiosyncratic members who live in a small rural town in northern Sweden.

Daniel Dareus (Michael Nyqvist) is a famous and respected international conductor who has concerts lined up for the next eight years. But following a heart attack, he decides to change the speed and direction of his life. He heads back to Norrland to the small village where he grew up. There are a few pleasant memories of his earlier life there, such as playing his violin a field of swaying plants. But Daniel was bullied by other boys and was forced to turn to his single parent mother for comfort. Then she died after being hit by a car when he was a teenager.

Daniel moves into the old elementary school. The first person to greet him from the community is Stig (Niklas Falk) who has been the minister in town for 25 years. He gives the newcomer a Bible and invites him to dinner but Daniel turns him down, saying he prefers to be alone. On a more positive note, the ex-conductor is immediately attracted to Lena (Frida Hallgren), a pretty girl who works in the grocery store and sings in the church choir. She gives him a tape of her songs to check out. Later, Daniel decides to ask the minister if he can assume the position of church cantor and choir director. He explains that music is all he knows.

The famous outsider gives these amateur singers a real workout with a series of vocal and physical exercises designed to teach them how to truly listen, how to tap into their own distinctive tones, and how to work together and not compete with each other. Suddenly Daniel finds himself the center of attention and perhaps attraction of several women in the choir — not only Lena but Inger (Ingela Olsson), the sexually repressed minister's wife; Gabriella (Helen Sjoholm), a gifted singer who is regularly beaten by her husband Conny (Per Morberg); and Olga Barbro Kollberg), an elderly woman who is hard of hearing but open to adventure. The men in the choir include Arne (Lennart Jahkel), a busy businessman with big ambitions; Erik (Lasse Petterson), an overweight man who for years has been humiliated and ridiculed by Arne; and Tore (Andre Sjoberg), a mentally impaired young man. The one member of the choir who is convinced that Daniel is a malevolent man who is using everyone for his own twisted needs is Arne's wife, a Puritan whose Christianity has made her into a very critical and judgmental woman.

Writer and director Kay Pollak has created an emotionally rich drama that vividly conveys both the delights and the challenges of small town living. The intimacy that blooms between Daniel and Lena happens very slowly and enables him to confront his own fears and lack of trust in other people. She helps him see that he needs a more balanced life; ironically this comes as she teaches him how to ride a bicycle. Inger, the minister's wife, finds herself liberated through Daniel's teachings and emboldened to tell her husband that she no longer believes in sin. Their marriage is rocked by the changes the outsider has brought to the community. For Daniel, the biggest surprise is that his love for these quirky people enables him to at last fulfill the mission of his life: "to create music that will open a person's heart."

Here is a potpourri of quotations about singing which expand this theme of As It Is in Heaven:

• "To the Sufis, singing is 'prana,' the breath of life itself, the most potent of all the musical healing modalities. According to Hazrat Inayat Khan, the ancient singers would chant a single note half an hour at a time in order to investigate the effects of that note on their various energy charkas: what life current it produced, how it opened the intuitive faculties, how it added energy, how it soothed, and how it healed."
— Mitchell Gaynor

• "The gift of Africa tells us that song is the only thing that can outlast brutality. . . . Most of all, the people of Africa sweetly prove with their irrepressible spirit that song is not a luxury but a necessary way of being in the world, a way of keeping the soul anchored in hard times, a way for each of us to experience the fullness of life, no matter what difficulties we may wake in."
— Mark Nepo

• "Even if you can't sing well, sing. Sing to yourself. Sing in the privacy of your home. But sing."
— Rebbe Nachman of Breslov

• "Sing lustily and with good courage. Beware of singing as if you were half-dead, or half-asleep; but lift up your voice with strength."
— John Wesley

• In Awakening Through Sound, Chloe Goodchild presents in five CDs various ways to get in touch with your inner voice and our true selves.

• In How Can We Keep from Singing: Music and the Passionate Life, Joan Oliver Goldsmith salutes the passion, the joy, and the pleasures of singing, music, and practice.

• In A Song to Sing, A Life to Live: Reflections on Music as Spiritual Practice, Don Saliers and Emily Saliers reveal the important place of singing and music on the spiritual path.

• Young@Heart is an incredible documentary film about a choir comprised of 24 seniors and their director. It reveals how singing opens our hearts, connects us with others, exercises our brains, and keeps us in tune with the beat of the universe.

• Little Voice is an oddball comedy about a shy and reclusive young woman who finds her way back into the land of the living through singing. 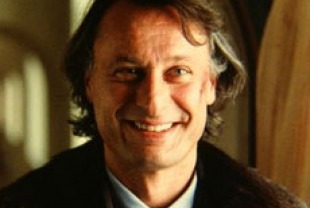 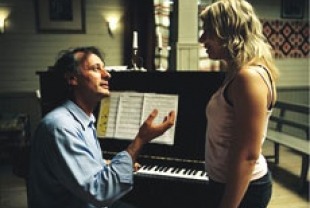 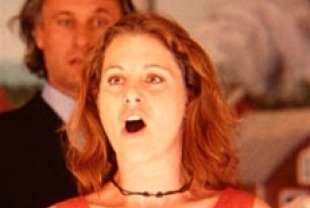