Directed by Lasse Hallstrom
A spiritual reading of an immensely appealing drama about the extraordinary devotion of a dog for his beloved human companion.

A spiritual reading of the true story of a love dog.

Dogs were early companions of human beings, and they've been known for their loyalty ever since. They inhabit their bodies with complete delight: witness them romping in the backyard, wagging their tails, tracking down a scent, or gazing up at you with pure adoration. They exude energy and a playful spirit as they explore every nook and cranny of their environment. They are our spiritual teachers — little Zen masters calling us to live in the present moment and attend to whatever rises right in front of us.

Hachi: A Dog's Tale is a tribute to all these qualities of dogs. If you've ever had a dog or longed for one, you'll find yourself pulled whole-heartedly into this story. And, like a good parable, it can also be read as a deep spiritual testimony to the power of yearning for one's beloved.

The Movie's Story
An Akita puppy born in a Japanese monastery is being shipped to the United States. Along the way his address tag is lost and his wooden crate falls off a cart and breaks open. The curious puppy climbs out and begins wandering around a Rhode Island train station. He goes right up to Parker Wilson (Richard Gere), who has just gotten off the train on his way home from his teaching job at a university.

The professor assumes someone will be looking for this obviously purebred puppy, but the station manager (Jason Alexander) won't take responsibility for him and has no place to keep him. So Parker, who loves dogs, takes him home; he names him Hachi, the one word on his tag, which he later learns means his place in a litter. Parker tells his wife Cate (Joan Allen), who is unenthusiastic about having a new pet, that he won't keep him. But in the morning, he learns no one has claimed the puppy at the station and the animal shelters are already overcrowded. After putting up some posters, he takes Hachi home again.

It's obvious to all that Parker does not want to give the dog up. Soon the man and the puppy are very attached to one another, sitting on the couch munching popcorn while watching a baseball game on TV, romping in the backyard, and taking a bath together after encountering a skunk in the garage. Watching her husband try to teach the puppy to fetch a ball (Akitas are not retrievers), Cate finally realizes that this four-legged newcomer needs to stay.

As he grows up, Hachi bonds more deeply with his human friend. The dog is so devoted to the professor that he accompanies him every day to the train station for his commute to work. At night, Hachi waits just outside the station doors for him to return for a joyous reunion and the walk home. Others notice and appreciate this loving ritual, including the hot dog and coffee vendor (Erick Avan) who works nearby.

One day Hachi takes his usual place at the station but Parker never comes. While teaching a music class at the university, he has had a stroke and died. Although his daughter (Sarah Roemer) and her family try to take care of the dog, he keeps escaping to return to the station to wait for his friend. The seasons pass and still Hachi, now a very old dog, waits.

Swedish director Lasse Hallstrom is the perfect choice to be at the helm of this immensely appealing tale of the extraordinary devotion of a dog to his beloved human companion. The screenplay by Stephen P. Lindsey is based on a 1987 movie that recreated one of the most loved stories in Japanese history.

The Real Story
The real Hachi was born in Odate, Japan, in 1923, and lived with a professor at Tokyo University. Every day the dog would accompany Dr. Ueno to the train station where he left for work; the dog would return at the end of the day to meet him. But one day Dr. Ueno had a stroke while teaching and died. For the next nine years, Hachi returned to the Shibuya train station where he last saw his friend.

A bronze statue now sits in the place where the dog waited. His story has been told and retold to Japanese children as an example of family loyalty and the importance of being true to the memory of a loved one. The DVD includes a short film titled "A Bond of Loyalty: The Making of Hachi: A Dog's Tale" in which the stars and director share other examples of Hachi's enduring legacy.

Love Dog
Hachi's story is a beautiful testimony to loyalty, patience, and friendship. But it can also be seen from a spiritual perspective as a parable about the spiritual practice of yearning as a way we stay connected with the Divine.

We identify with Hachi and feel compassion for him, especially in his later years, because we, too, know what it means to be separated from our Beloved. He remembers what it was like to be in constant communion with his beloved. How can he have that again? How can we have that again? By showing up day after day in love and devotion. Rumi would call Hachi a "Love Dog."

One night a man was crying.
Allah! Allah!
His lips grew sweet with the praising,
until a cynic said,
“So! I have heard you
calling out, but have you ever
gotten any response?”

The man had no answer to that.
He quit praying and fell into a confused sleep.

He dreamed he saw Khidr, the guide of souls,
in a thick, green foliage.
“Why did you stop praising?” 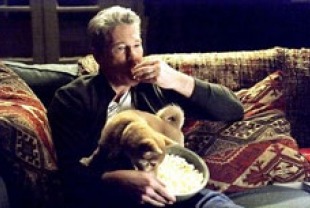 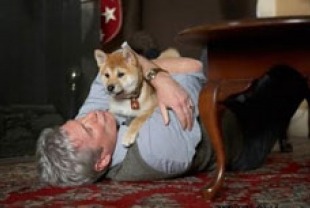 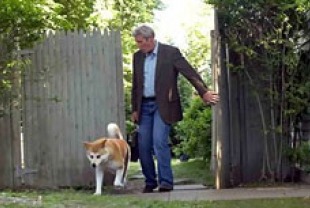 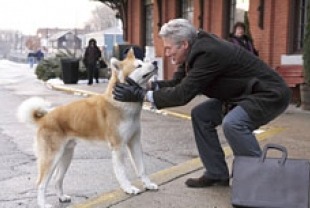 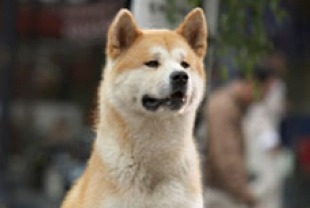