Directed by Rodrigo Garcia
An extraordinary film about adoption and three very different women on separate quests for love, nurturing, and personal fulfillment.

Karen (Annette Bening) is a middle-aged woman who lives with her elderly mother Nora (Eileen Ryan). She got pregnant when she was just 14 and her mother made her give up the baby for adoption. This traumatic event of separation and loss has dogged Karen all her days. For years she has written letters in a journal to her absent daughter. Her own mother's unwillingness to relate to her on an emotional level has made Karen into a very frustrated woman who can explode into anger at the drop of a pin. That is why she is jealous of Sofia (Elpidia Carrillo), who looks after Nora and their home. She has found a way into the old woman's heart-felt feelings. Karen also resents that Sofia brings her young daughter (Simone Lopez) to work with her.

Karen is a physical therapist at a rehabilitation center where she keeps to herself and comes across as a cold and aloof person. When Paco (Jimmy Smits), a new therapist, takes an interest in her, she treats him shabbily in an effort to keep him away. But sensing that Karen has been deeply wounded by some tragedy, he dates her anyway and patiently waits for her to share her story. Their slowly unspooling intimate relationship is very tender and gratifying to watch. He convinces Karen to leave a letter at a private Catholic adoption agency where her daughter's file is kept. Then, if her child ever comes looking for her, she will know how to reach her.

Elizabeth (Naomi Watts) grew up as an adopted child and has become an accomplished and successful lawyer. Underneath her professional confidence and skills, she is a loner whose hedonism animates her private life and whose competitive streak finds satisfaction in the courtroom. Elizabeth doesn't like to stay in any one place too long. She has just been hired at a prestigious law firm run by Paul (Samuel L. Jackson), a widower. He is impressed with her bravado at the office and even more pleased with her dominant role in the sexual relationship that they establish.

Elizabeth's controlling nature means she's used to having things her way and also avoids any commitment that might jeopardize her independence. Since she enjoys sex, she seduces Steven (Marc Blucas), a neighbor who is married to Tracy (Carla Gallo). They are expecting a child and Elizabeth derives some nasty pleasure in sabotaging their relationship. When Elizabeth discovers that she is pregnant herself, even after having her tubes tied, she must make some important decisions. One piece of unfinished business is a letter to her birth mother which she takes to a private Catholic adoption agency.

Lucy (Kerry Washington) has been trying unsuccessfully to have a baby with her husband Joseph (David Ramsey). She is a vibrant and enthusiastic African-American woman who dominates the conversation while talking with Sister Joanne (Cherry Jones) at an adoption agency. But there is resistance to Lucy's plans coming from all quarters. Her mother Ada (S. Epatha Merkerson), who helps her daughter run a bakery, is worried about the drastic changes it will bring into her life. Her husband's parents are disappointed that Joseph can't have a blood heir. When the agency introduces them to Ray (Shareeka Epps), a young pregnant African American, things seem to be going well for Lucy. But two shocking surprises bring her to a new space that she never would have predicted.

Mother and Child is one of the best films of 2010. Writer/director Rodrigo Garcia (Nine Lives) has fashioned a substantive story about adoption that introduces us to three very different women who are all on a journey of personal transformation. The script is a marvel that captures and conveys these complicated women's desires for love, appreciation, and nurturing. It also shows that when we try to control things and push the river, something always happens to show us the folly of our ways.

The three lead performances (Annette Bening, Naomi Watts, Kerry Washington) are nuanced and authentically rich and believable. Mother and Child is the kind of movie you want to see again so you can savor some excellent acting and all the small details and surprises that bring these women into the same orbit.

Special features on the DVD include deleted scenes; creating the family tree; and "Universally connected" - the cast and crew discuss the universal themes in the film. 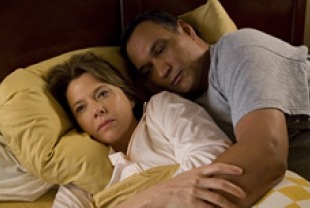 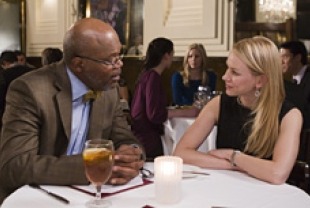 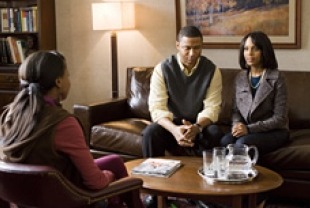