Directed by Davis Guggenheim
A sobering documentary on the necessity to reform American education with charter schools, where excellence is heralded and love of learning a given.

Davis Guggenheim directed the Academy Award-winning 2006 film An Inconvenient Truth. The title for his latest documentary comes from an illustration given by Geoffrey Canada, founder to Harlem's Children's Zone, who recalls that as a child his belief in a superman who could arrive on the scene and set things right was shattered by the reality that not everything can be fixed so simply and definitively.

Despite the fact that almost every president since World War II has tried to drum up support for reforming education, the nation has fallen far behind. Among 30 developed countries, the United States ranks 25th in math and 21st in science. Equally disconcerting is that this country spends more on one person in prison for four years than it would take to educate the same inmate at a private school for 12 years.

At the start of the film, director Guggenheim admits that despite his support of public education, he drives by three of these under-achieving public schools before dropping off his own kids at a private one. The filmmaker then goes on to profile five eager kids — mainly black and Hispanic kids from working-class ghetto families — who are forced to attend local "drop-out factories," where teachers are ineffective and the schools are literally falling apart. One of these children is Anthony, who lives in Washington, D.C., with his grandmother. During an interview, he says: "My dad passed. He took drugs." His grandmother worries about his future in a city which has the worst graduation rate in the United States. Anthony is a serious kid and deserves a chance to fulfill his potential — just like Bianca in Harlem and Emily in California. But their destinies are in the hands of chance: their only hope lies in entering a lottery to win an opportunity to get into a high-performing charter school where excellence is the standard.

Guggenheim doesn't pull any punches in his assessment of the sad state of education in the U.S. The system is hobbled by bad teachers; complicated bureaucracies on the national, state, and local levels; and the two national teachers' organizations which oppose radical changes to the system — especially abolishing teacher tenure and instituting longer school days. The filmmaker also puts the spotlight on two egregious practices of schools: "the dance of the lemons," where principals refuse to fire bad teachers but instead ship them off to other schools in a round-robin fashion, and the existence of a "rubber room" in New York where unsackable teachers spend eight hours a day reading or napping while collecting their paychecks.

There is a slender thread of hope in Waiting for Superman. Guggenheim profiles charismatic and bold innovators who are doing their best to change the system and give poor children the education they need to make the most of their inherent talents. Harlem Children Zone's Geoffrey Canada has come up with a successful model of a high-performing charter school where kids are animated by their own high expectations, discipline, and love of learning. Michelle Rhee is another miracle worker who, as chancellor of Washington, D.C., public schools, has boldly attacked the status quo by closing dozens of failing schools and firing more than 1,000 ineffective teachers. There is also a brief segment on New Orleans Charter Science and Math Academy which has some of the most of innovative teachers and a habit of challenging students. Waiting for Superman is one of the best documentaries of 2010.

Special features on the DVD include a commentary by director Davis Guggenheim and producer Lesley Chilcott; "Changing the Odds" - a poignant look into the challenges students and teachers have faced within the public school system and the successful programs that have been put in place to change the face of public education in the U.S.; updates: a look at what's changed in education since the movie was filmed; a conversation with Davis Guggenheim; "The Future Is in Our Classrooms"; the making of "Shine"; and deleted scenes — 4 additional stories of real-life students and teachers: Keith and Tiffany, Locke High and Steve Barr, Bill Strickland, and the Green family. 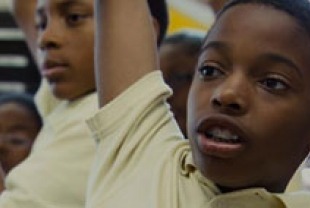 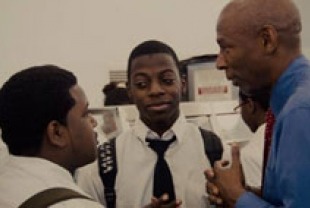