The Practice of the Wild

Directed by John J. Healey
A fascinating documentary on Gary Snyder's adventures and his importance to us as a sage with much wisdom to pass on.

This fascinating documentary directed by John Healey offers an engaging portrait of poet, environmentalist, teacher, and bio-regionalist Gary Snyder. Given the depth and breadth of his interests, anyone who wants a close look at the life of this Renaissance man will find plenty of material here.

In the 1950s, Snyder played a major role in the circle of Beat poets who railed at the mendacity of American life. He was one of the pioneers in Western exploration of Eastern religions and he became an early teacher of Zen Buddhism in the United States. During the counterculture upheavals, Snyder was an anti-war activist and a believer in human potential. Throughout his career, he has been a defender of wilderness and an advocate of loving intimacy with the place where you live.

The Practice of the Wild (1990) is a book by this Pulitizer-prize winning poet. It contains essays on culture, ecology, and the wild mind, conveying the author's reverence for the natural world and the spiritual value of living close to the earth. In the documentary of the same title, Snyder converses with novelist and fellow poet Jim Harrison about everything from the value of Zen koans to the power of Google. In addition, scholars and friends shed light on Snyder's diverse interests and global impact. His wild adventures have given him the wisdom of a happy sage. 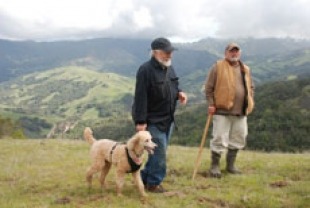