Directed by Tom Hooper
An enthralling and heart-stirring biodrama about an unusual friendship that transforms the life and soul of King George VI of England.

Prince Albert (Colin Firth) is the second son of King George V (Michael Gambon), a charismatic leader of the English people. The King has mastered the new medium of the wireless and believes it now an essential means to speak to the nation. No longer is it true that all a king has to do is "wear a uniform and not fall off his horse." He must be an actor — at the beck and call of the public. King George decides to give Prince Albert a bit of the spotlight and asks him to deliver a short speech at the opening of the 1925 British Empire Exhibition. However, Prince Albert's stuttering, a source of disappointment and anger since he was four or five years of age, causes him to bungle the speech. The public response is not positive.

Knowing that Prince Albert needs help but is too proud to get it, his wife, Elizabeth (Helena Bonham Carter), makes an appointment to see Lionel Logue (Geoffrey Rush), a highly recommended speech therapist from Australia. She finds him to be an oddball who is very self-confident about helping people with speech impediments. He has developed his own brand of therapy — a combination of vocal and physical exercises as well as elementary psychotherapy.

In their first session, Lionel insists on the operating principle of "My castle, my rules." This means first-name equality: Lionel addresses the prince as "Bertie" and wants to be called "Lionel." Behind stuttering is a wellspring of fear, and it takes Prince Albert a long time to come to terms with that. He walks out of the first session in anger, not realizing that Lionel's essential mission is to help him find his own special voice.

The poet David Whyte has written: "Our voice, then, is a powerful arbiter of our inner life, our power relationships with others, and a touchstone of faith in the life we wish to lead."

Over the years, Prince Albert has been a brave and persevering member of the Royal Family, absorbing the abuse from a nanny and the humiliation at the hands of his older brother and father because of his stammering. But somewhere along the way, he has become consumed with fear and self-hatred. When his brother, Edward (Guy Pearce), ascends to the throne and then abdicates to marry Wallis Simpson (Eve Best), a notorious American socialite, Albert has a panic attack and returns to Lionel for help; as the next King of England, he will be required to give many important speeches. The therapist's greatest gift to him is his belief that he can accomplish great things.

Tom Hooper directs this stunningly acted biodrama with just the right mixture of sobriety, humor, and emotional catharsis. He gave us hints of his ability to draw out these three qualities in The Damned United, a rousing movie about soccer. The two lead actors, Colin Firth and Geoffrey Rush, are sure to get Academy Award nominations for their nuanced and sympathetic portraits. Screenwriter David Seidler does a commendable job teaching us things we did not know about stuttering, its causes, and challenges.

The movie hinges on the unfolding friendship between the temperamental Prince Albert and the unorthodox speech therapist as they learn to relax in one another's company and share the stories of their lives. Lionel is there for King George VI when he is crowned and when he addresses England in 1939 on the country's entry into war against Germany. Also in the room listening to the speech are Winston Churchill (Timothy Spall), Archbishop Cosmo Lang (Derek Jacobi), and others who know in their hearts what a long way the king has come to claim his own voice. Albert Schweitzer has written:

"The older we grow, the more we realize that true power and happiness comes to us only through those who spiritually mean something to us. Whether they are near or far, still alive or dead, we need them if we are to find our way through life. The good we bear within us can be turned into life and action only when they are near to us in spirit."

Special features on the DVD include an audio commentary with director Tom Hooper; a 20-minute "Making Of The King's Speech"; and archival footage of the actual King George VI. 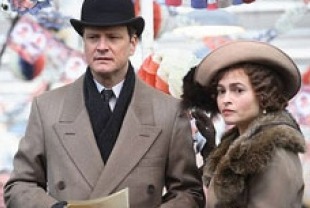 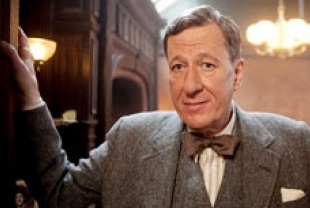 Friendship Teaches Us about Being Human