In a Better World

Directed by Susanne Bier
A poignant drama about the universal appeal of violence in our psyches and in cultures around the globe.

Anton (Mikael Persbrandt) is a surgeon working in a Kenyan field hospital in Africa. He works hard saving lives of the poor refugees even though supplies and sanitary conditions are lacking. Anton is very troubled by having to treat a series of young formerly pregnant women who have been mutilated by a local warlord called "Big Man." Back home in rural Denmark, his estranged wife Mariannne (Trine Dyrholm) takes care of their oldest son Elias (Markus Rygaard) and his younger brother. Elias wears braces and is constantly bullied at school; he lives in constant terror.

Meanwhile Christian (William Johnk Nielson) has arrived in the area from London with his wealthy father Claus (Ulrich Thomsen) to stay with his grandmother. He is a very troubled young boy who was very close to his mother who died recently after a long and painful battle with cancer. Christian is very angry with his father whom he felt did not to do enough to save his mother. At school, he sits next to Elias. When the bully attacks his new friend, Christian beats him with a bicycle pump and puts a knife to his throat. This violent incident is investigated by the police but no charges are filed.

After returning home for a visit with his sons with the hope of patching up his marriage to Marianne, Anton winds up taking the boys and Christian on an excursion. When his youngest son goes off to a playground he gets into a scuffle with another kid. Anton intercedes and is slapped and taunted by an angry father (Kim Bodnia). Christian and Elias are shocked Anton's passivity and vow to retaliate against the stranger. When they find out the man's address, Anton takes them along to demonstrate that violence does not solve anything and turning the other cheek is a better way to handle tense situations. The boys are not convinced.

Christian decides to blow up the aggressive man's van early in the morning when no one is around. With instructions he finds on the Internet, he creates his own pipe bomb. At first Elias wants no part of this scheme, but then he changes his mind and joins him.

Back in Africa, Anton has his own moment of truth when he is called upon to treat "Big Man" whose leg is badly wounded. The nurses refuse to treat him, and his Africans assistants petition him to let the woman-hating warlord die.

Susan Bier is a Danish director who takes on thorny ethical issues that other less daring filmmakers would not touch with a ten-foot pole. In Open Hearts, she focused on the idea that the strangers we meet can alter our lives in ways beyond our imagining. In Brothers, she tackled an even more complex theme in a primal tale about sibling rivalry and the toxins of violence that can be released in soldiers. In After the Wedding, she did not shy away from difficulty; it focused on secrets, the genuine struggles of the rich, and the desperate plight of orphan children in India.

In a Better World received the Academy Award for the Best Foreign Language Film of 2010. It reveals the many ways in which violence seeps into every aspect of our lives, permeating our psyches and our cultures. Abigail Van Buren once remarked: "People who fight fire with fire usually end up with ashes." This poignant film stirs our souls as it vividly shows that violence is a constant challenge to be overcome, even in the hearts of those who aspire to be peacemakers.

Special features on the Two-Disc Blu-ray/DVD Combo include deleted scenes; a commentary with director Susanne Bier and editor Pernille Bech Christensen; and an interview with director Bier. 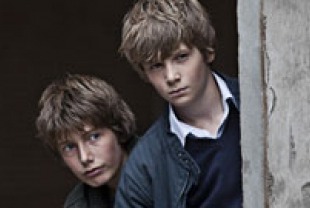 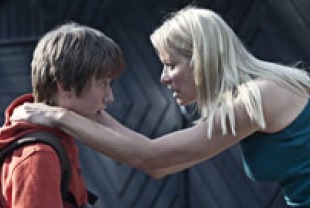 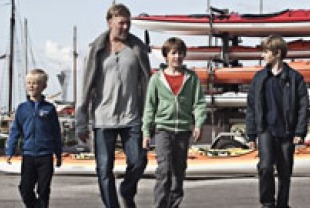