Directed by Denis Villeneuve
A substantive Canadian film about a will read in Montreal, trips to the Middle East to confront family secrets, and a glimpse of the dehumanization of war.

Adult twins Jeanne (Melissa Desormeaux-Poulin) and Simon (Maxim Gaudette) arrive at the office of Jean Lebel (Remy Girard), a notary in Montreal, Canada. He has been designated to read the will of their mother, who had been his secretary, Nawal Marwan (Lubna Azabal). Her last wishes are quite bizarre. She wants them to deliver two sealed letters: one to the father they thought was dead and the other to a brother they didn't know they had. In addition, Nawal wants to be buried "naked, no prayers, face down, away from the world."

Jeanne realizes that many mysteries have gathered behind these last requests, which could explain her mother's silence in the final weeks before her death. Although she immediately decides to go the Middle East order to untangle the family secrets, her brother, who found his mother's craziness to be an embarrassment, decides not to accompany her.

Through flashbacks, we learn that Nawal grew up in a Christian family but fell in love with a Muslim. Her enraged brothers kill him and scorn their sister for bringing shame upon the family. Her grandmother protects her from her avenging siblings and delivers Nawal's baby. He is put in an orphanage, and she flees the country.

Through another flashback, we see Nawal trying to locate her son years later. In the most terrifying scene of the film, members of a Christian militia slaughter a bus load of Muslims; Nawal escapes after identifying herself as a Christian. Her rage is so great that she switches allegiance to the Muslim faction and assassinates the Christian leader. Nawal is sentenced to 15 years in prison and endures torture and rape. Her survival strategy involves singing.

Jeanne visits her mother's village and discovers that the women there have no knowledge of her father but have nothing but contempt for her mother who betrayed the community. In support of Jeanne, both Simon and Jean join her in some crucial meetings with a midwife and the Muslim who engineered Nawal's actions as an assassin.

Incendies is directed by Denis Villeneuve who claims that the title refers to an inferno that leaves "something totally destroyed, totally transformed . . . destruction that you cannot change afterwards." This combination family drama, political thriller, and survival saga is based on a play by Lebanon-born writer Wajdi Mouawad. Incendies does convey the dehumanization of civil war, the horror of genocide, and the scourge of unbridled violence that takes the lives of innocents. The film was Canada's submission for Best Foreign Language Film at the 2010 Academy Awards.

Lubna Azabal gives an incredibly intense performance as Nawal, a resilient woman whose life is smeared with so much blood that she turns to anger as a way out. Melissa Desormeauz-Poulin puts in a stellar performance as her daughter Jeanne who wants to connect with her mother by learning all there is to know about her.

Special features on the two-disc Blu-ray/DVD combo include a commentary with director Denis Villeneuve and "Remembering the Ashes: Incendies Through Their Eyes." 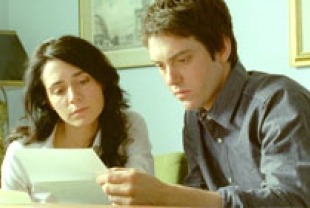 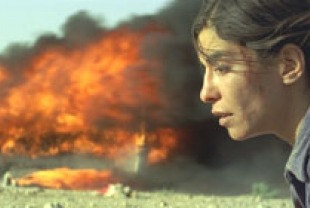 R - some strong violence and language