Directed by Tom McCarthy
An emotionally satisfying drama about sports, family, and money problems in which everyone gets a second chance.

Win Win has a contemporary relevance to it with its depiction of the plight of Mike Flaherty (Paul Giamatti), a New Jersey lawyer who is strapped for money. He has kept his financial problems secret from his wife, Jackie (Amy Ryan), and has been experiencing panic attacks where he can't breathe. Mike shares his troubles with his buddy Terry (Bobby Cannavale), who is still angry about his ex-wife and her new lover. The boiler at Mike's belches out loud noises and needs to be replaced. The toilet is chronically clogged up. But since he can't afford to fix anything, he and his secretary try to ignore the problems. Many in the audience will identify with this character who is bothered and bewildered by the difficulty of making any headway or even paying his bills in a stunted economy.

Leo (Burt Young), one of Mike's clients, has early-stage dementia and has been deemed unable to handle his affairs. When Mike learns that he can get a $1500 a month stipend for being the old man's guardian, he decides to take on the job, promising the judge that he can help Leo get his wish to stay in his home. But he immediately moves the old man to a nursing home. It's not a very compassionate thing to do, but Mike does not see how else to insure that he is well taken care of.

As if he hasn't got enough problems, Mike coaches the wrestling team at his former high school and is mystified as to why they haven't won a match all season. Another buddy, Vigman (Jeffrey Tambor), works with him. All that changes when Kyle (Alex Shaffer) arrives unannounced from Ohio for a visit with his grandfather Leo. He is running away from his mother, Cindy (Melanie Lynskey), who is at a rehab clinic. This teenager is carrying a lot of anger, anxiety, and disappointment. But imagine Mike's excitement when he discovers that Kyle was a champion wrestler in Ohio. He convinces his wife to let him stay in their basement while he goes to high school and joins the wrestling team.

At first, the feisty Jackie has a hard time with Kyle but she warms to him and establishes an emotional connection that his mother is not able to provide. When Cindy arrives in town and through a lawyer discovers that Mike is making money every month off her father, she decides to fight him for the stipend.

Win Win is beautifully directed by Tom McCarthy who has knack for telling stories (The Station Agent, The Visitor) about people who are surprised by change and challenged to find meaning in new relationships. This drama, co-written by McCarthy and Joe Tiboni, deals in an honest and rounded way with the rigorous and daunting challenges we all face as bread-winners, parents, and workers in a world that seems to be crumbling all around us. Or to use a metaphor from wrestling, we are all getting pinned. McCarthy reveals the courage it takes for Mike to do the right thing about the money and to handle the startling end of the wrestling season. Everyone in this emotionally satisfying drama gets a second chance which is why the film is appropriately titled Win Win. 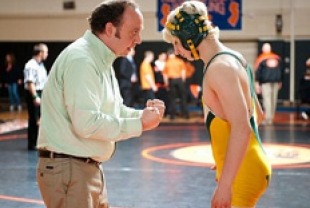 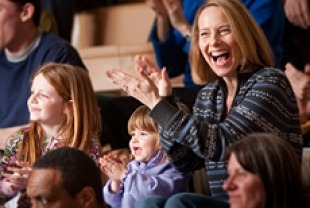