Directed by Caroline Bottaro
An elegant and inspiring French drama about a chambermaid who follows her passion for chess and finds her life transformed.

"Nothing great in the world has been accomplished without passion," the German philosopher G. W. F. Hegel wrote. But only a lucky few are able to discern their passion and dedicate themselves completely to it. Some are too passive and unable to summon the required energy. Others are worried what others will think or say when they are consumed by their bliss. People filled with passion are like fresh water from the deepest recesses of the well. Their energy is astonishing and they manifest a spiritual glow that is a sign of their soulfulness. Queen to Play is a singular and bountiful French film about one woman's passion and the ways it transforms her life and the lives of those around her.

Helene (Sandrine Bonnaire) is married to a handsome boatyard-worker (Francis Renaud). Their teenage daughter is embarrassed by the fact that her mother works as a chambermaid in a luxury hotel. Helene is a responsible woman who throws herself completely into what she is doing. But one day she enters a room to clean and is enchanted by the grace, intensity, and mystery of a man (Dominic Gould) and woman (Jennifer Beals) on the terrace playing chess. Helene intuits that there is something powerful about this game that can be played with another or by yourself. She purchases an electronic chessboard for her husband but he is underwhelmed by the prospect of playing. Caught up in the challenge of learning the game and becoming proficient at it, Helene practices late at night as an eager student forging into fresh areas of knowledge.

One of her housekeeping clients is Dr. Kroger (Kevin Kline), a sickly American who cherishes solitude. When Helene learns that he plays chess, she manages to convince this crotchety outsider in the community to tutor her. Kroger is at first skeptical of her interest in chess but is won over when she demonstrates to him a single-mindedness and willingness to learn.

In her directorial debut, Caroline Bottaro has fashioned an immensely appealing drama about a maid whose life is totally changed once she discovers her passion for chess. The drama is based on Bertina Henrichs' acclaimed novel The Chess Player. It is a pleasure to watch Helene take risks to keep her passion alive such as convincing her husband that she is not having an affair and asking Kroger for a raise. It is also comforting to watch a scene in which Helene dances with her daughter and demonstrates a sensuality with the exotic moves of her hips and her hands. It is a perfect reconciliation between the two. All of these remind us of what Anais Nin wrote in her diary:

"What everyone forgets is that passion is not merely a heightened sensual fusion but a way of life that produces, as in the mystics, an ecstatic awareness of the whole of life."

Following our passion leads naturally to a life of meaning and a passport to a new future. Both come to Helene as she effortlessly shatters class and gender barriers and becomes her own true hero. 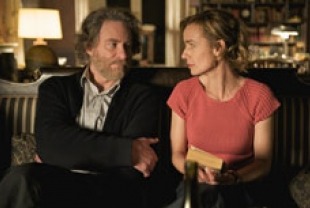 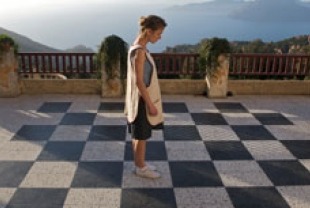 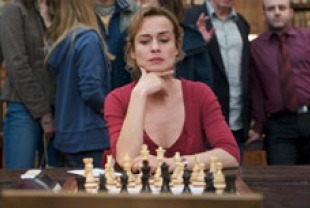