Directed by Werner Herzog
The German cinematic explorer Werner Herzog with a 3-D tour of the Chauvet Cave which houses art that is 30,000 years old.

"My intellectual, my spiritual awakening was in a way connected to Paleolithic cave paintings," German writer and director Werner Herzog has admitted. The Chauvet Cave in southern France was discovered by scientists in 1994 and estimated to be more than 30,000 years old. Inside they found hundreds of playful paintings from a period when Neanderthals were situated in France along with bison, bears, mammoths, and lions. The Cave had been sealed off by a fallen rock face which preserved a space as large as a football field.

Thanks to Herzog's enthusiasm and intrepid spirit, the usually cautious French authorities gave him access to this crystal encrusted cave. Filming in 3-D, he tries to convey the wonder and the beauty of the place which he calls "a frozen flash in a moment of time." In this meticulously directed documentary, he presents interviews with archaeologists, paleontologists, and other experts on art and history.

Herzog takes delight in the treasure-trove of artistic depictions of animals; he relishes the insights which come to mind as he ponders what the paintings tell us about human evolution; and he ends with a thought-provoking mediation about radioactive albino crocodiles. 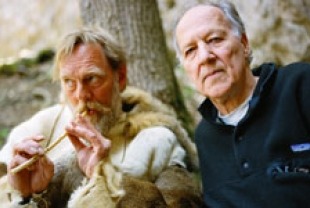 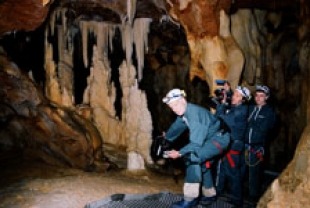 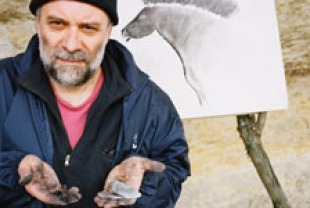