City of Life and Death

Directed by Lu Chuan
A shattering film about the 1937-1938 Nanking massacre and atrocities committed by Japanese soldiers against Chinese soldiers and civilians.

"Dehumanization is a scourge, and has been for millennia. It acts as a psychological lubricant, dissolving our inhibitions and inflaming our destructive passions. As such it empowers us to perform acts that would, under other circumstances, be unthinkable," writes David Livingstone Smith in Less Than Human. Dehumanization is the cornerstone of war despite all the lies about war being characterized by honor and courage on the battlefield. Soldiers are trained to hate the enemy and to view them as predators who deserve to die. This mindset, which enables us to see others as subhuman lies behind the Nazi atrocities of the Holocaust, the Armenian genocide, the Cambodian genocide, the Rwandan genocide, and the widespread killing of villagers in the Darfur region of the Sudan. And lest we forget, this scourge also is at the heart of the 1937-1938 Nanking massacre in China by Japanese soldiers. Nearly 300,000 civilians were killed during this reign of terror.

City of Life and Death is a drama written and directed by Lu Chuan, and it has been shot in black-and-white. He focuses on a small number of pivotal characters — Japanese and Chinese soldiers, Europeans and Americans in the city. As the Japanese begin their take-over of Nanking they suffer an ambush perpetrated by Lu, a young Chinese general who leads the street-fighting. In one of the most terrifying and appalling sequences, we see through the eyes of Kadokawa, a young Japanese officer, the brutal treatment of captured Chinese soldiers who were hung from telephone poles, beheaded, machine-gunned by the hundreds, set on fire, or buried alive. Whereas Kadokawa evidences disgust at what he sees, his commanding officer Ida is a malevolent man who seems to enjoy the power and the pleasure of killing. Civilians are also regularly shot down in the streets or slaughtered in large groups.

Another strand of the drama revolves around the Safety Zone set up as a sanctuary for thousands of refugees. It is run by John Rabe, a German businessman, and his loyal assistant Tang. At one point, the Japanese order Rabe to send 100 women to serve as prostitutes for their soldiers. Most of these women die; their nude bodies are stacked in carts and taken away for burial. It has been estimated that 20,000 women and girls were raped by Japanese soldiers.

City of Life and Death is a shattering film that shows the atrocities soldiers are able to commit during war as the process of dehumanization of the enemy in turn wrecks havoc on their own humanity.

Special features on this 2-disc special edition include Matters of Life and Death, a feature-length documentary about the making of the film that includes interviews with the director Lu Chuan and actors, plus rare behind-the-scenes footage. 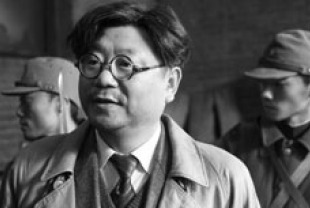 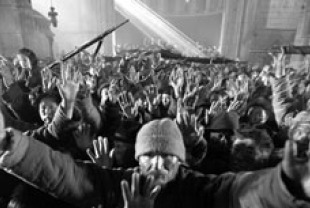 Nanking, a documentary on the Japanese massacre

S21: The Khmer Rouge Killing Machine, a documentary about the infamous reign of terror in Cambodia

Hotel Rwanda, a riveting film about the genocide in Rwanda

Dafur Now, a documentary about the world's greatest and humanitarian and human rights catastrophe