Queen of the Sun: What Are the Bees Telling Us?

Directed by Taggart Siegel
An inspiring documentary about what beekeepers are doing to save the bees in jeopardy.

In 1923 Rudolf Steiner, an Austrian scientist, mystic, and social innovator, said that in 80 to 100 years the honeybee population would be in jeopardy. Now after 10,000 years of cooperation between human beings and these miraculous creatures, the bees are leaving their hives and dying out in large numbers in the United States, Europe, and elsewhere. Beekeepers are calling this terrible phenomenon "Colony Collapse Disorder."

In this astonishing documentary directed and produced by Taggart Siegel (The Real Dirt on Farmer John), an impressive and articulate group of biodynamic beekeepers, commercial beekeepers, scientists, and philosophers discuss this problem and challenge us to join them in their crusade to turn things around the for the endangered bees and our own future on the planet. (Visit the official site to find screenings in your area.)

Queen of the Sun has a spiritual perspective that comes through loud and clear. Several of the beekeepers talk about the reverence they have for God's creatures who are the great nurturers of life and fertility. One says, "Bees are the most exquisite beings. They show us what service can be like." As spiritual teachers, they also are caretakers who give all they've got for the survival and well-being of the community. Bees fly thousands of miles to to pollinate the plants that produce our food. Back in their hives, they create honey which tastes like the nectar of the gods and wax that can be made into candles and other products.

At the heart of this extraordinary documentary is Gunther Hauk, a former Waldorf teacher for 23 years, who is the co-founder of Spikenard Farm & Honeybee Sanctuary. He calls the "Colony Collapse Disorder" a more urgent problem than even than global warming. Hauk's attempt to create a 600-acre farm to serve as an oasis for the bees in crisis is undermined by the nearby presence of industrial farms which spray their crops with poisonous pesticides; the toxins drift over his land. It is inspiring to see the love this organic beekeeper has for the miracle-workers in his care.

His mentor Rudolf Steiner said years ago: "The mechanization of beekeeping and industrialization will eventually destroy beekeeping." He was right and the filmmaker shows how commercial beekeepers are, in the pursuit of the most profit, doing harm to those in their charge. Bees are being artificially bred, sickened by a diet of high-fructose syrup, imprisoned in plastic hives, and over-worked in crops soaked by pesticides. As a result these bees are vulnerable to mites, viruses, air and water pollution, and more.

A group of experts chime in with their assessments of the nightmare facing bees and the role of industrial farming in their distress: bestselling author Michael Pollan, Indian activist Vandana Shiva, President of Slow Food International Carlo Petrini, biologist Scott Black, author of Seeds of Deception Jeffrey Smith, entomologist May Berenbaum, and philosopher Horst Kornberger. They reveal the dire effects of Monsanto-dominated global agriculture and the harm which is being done to bees and human beings by genetically modified crops.

As Queen of the Sun showcases, there is a surge of new interest in beekeeping on urban rooftops and in pretty countryside settings. Many of the beekeepers draw upon religious metaphors to explain what is at stake. Michael Thiele, a biodynamic beekeeper says:

“In the beehive, all the individual members dedicate their lives for the bigger entity. Sometimes I believe monasteries are imitating a beehive. There is this formalized striving for selflessness, for letting go of ego for the totality of life. . . .20,000 – 60,000 bees are one undivided entity.”

The intense focus, singular commitment, love, and selfless service of monks is what we need in order to ensure the survival of the bees. We owe them the best that humanity can muster. Seeing the dedication and compassion of the spiritual beekeepers in this film our spirits and hopes are uplifted!

Special features on the DVD include: "How You Can Help Bees"; bonus interviews with Gunther Hauk and Vandana Shiva on the bee crisis; a tour of wild and wonderful beehives; "The Bug Song" music video; over 30 amazing facts about bees; and Yvon Achard takes his queen bee for a walk and recites poetry to the bees. 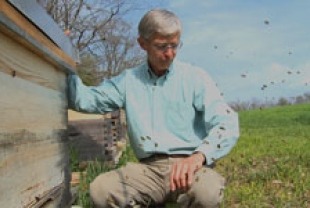 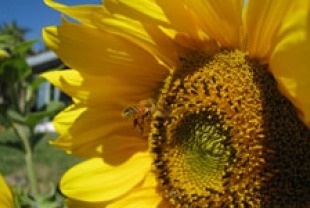 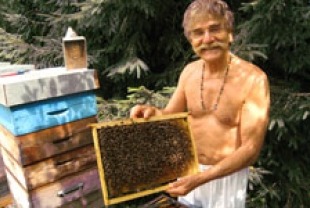 Ten Things You Can Do to Help Bees