Directed by Bill Haney
A hard-hitting documentary about the detrimental effects of cowboy capitalism on Appalachian communities and their majestic mountains.

This hard-hitting documentary is about the battle being played out in Appalachia by big coal companies and angry locals who are watching their beloved mountains blown to smithereens in the name of profit. Before we get to our review, here are some startling statistics to ponder:

• Almost half of the electricity produced in the U.S. comes from the burning of coal.
• 16 pounds of coal is burned each day for every man, woman, and child in the United States.
• 30% of that coal comes from the mountains of Appalachia.
• Burning coal is the number one source of greenhouse gases worldwide.
• Mountain top removal has destroyed 500 Appalachian mountains, decimated 1 million acres of forest, and buried 2000 miles of streams.
• Each year emissions from coal-fired power plants contribute to more than 10 million asthma attacks, brain damage in up to 600,000 newborn children, and 43,000 premature deaths.

West Virginians Maria Gunnoe and Bo Webb are local activists who have led demonstrations and nonviolent encounters against Massey Energy, a corporation responsible for more mountaintop removal than any other company in the U.S. Massey's power and wealth has enabled them to break the law by contaminating rivers and wells, spreading silicon dust which has caused deaths by cancer, and endangering whole communities with its ash ponds filled with toxins from its mining work.

The local activists are thrilled when the famous environmentalist Robert Kennedy Jr. arrives on the scene to help them shut down Massey's Coal River Project. His charismatic presence draws others from around the country to join the demonstrations. Kennedy is all too familiar with the power plays of corporations who break the law repeatedly. Between 2000 and 2006 Massey committed more than 60,000 environmental violations and only recently paid a small fine. Along with other coal burning electric utilities, they spent in the last decade more than $1 billion on political campaigns and lobbying. Both Republicans and Democrats have been long-time supporters of the coal industry, voting to give them subsidies every year.

Bill Haney (The Price of Sugar) directs this primer on cowboy capitalism and its detrimental effect on human communities and the environment. Near the end of the documentary, we see the validity of wind power as an alternative to coal. The wind industry operates more than 35,000 turbines and employs 85,000 people in the U.S. — the same number the coal industry employs. The activists in Appalachia are excited about the idea of putting turbines on the last mountain where the wind is very strong. We wish them well and if they succeed, let us say a prayer of thanks for these patriotic Americans who found a way to wean ourselves off coal in order to save the environment as well as the health and welfare of future generations! 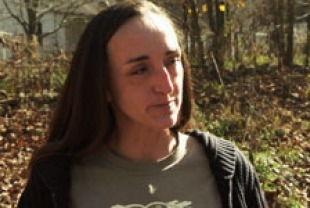 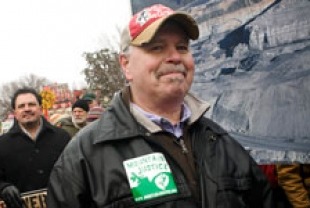 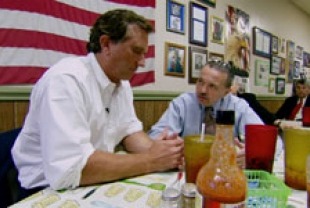 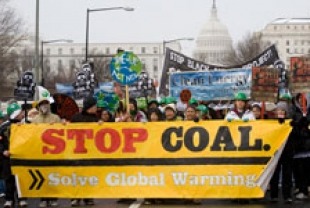