Sholem Aleichem: Laughing in the Darkness

Directed by Joseph Dorman
A well-done documentary on the life and work of Yiddish writer Sholem Aleichem, a masterful chronicler of Jewish culture.

The only place most people would have come across the life and work of Yiddish writer Sholem Aleichem (1859-1916) is in a Playbill crediting him for penning the stories that shaped the hit musical Fiddler on the Roof. But his funeral service drew nearly 200, 000 people from the Jewish communities of New York City.

Born Solomon Rabinowitz, he grew up in Kiev where he was entranced by the literature of Tolstoy and Turgenev. His first literary work was an alphabetically arranged collection of curses from his volatile stepmother. This talent for charting the commonplace in the lives of ordinary people came to the fore in a series of stories he published in newspapers, which were then syndicated worldwide. This deluge of material established him as the major catalyst in a renaissance of Yiddish literature.

Sholem Aleichem had a knack for creating wonderful characters in his stories such as the eternal dreamer Menakhem Mendl, his practical wife, and Tevye the Dairyman, whose constant battles with change troubled his soul and made questionable his heavy and rigid reliance upon tradition. Although sometimes referred to as a "Jewish Mark Twain," Sholem Aleichem was very disappointed by the negative response of New York critics to his first two Yiddish plays.

Joseph Dorman directs this well-done documentary which uses rarely seen photographs, archive footage, and interviews with leading experts on Sholem Aleichem's unique contributions to literature. They establish his place in history as an explorer of European Jewish culture at a time of great change brought on by modernism, pograms, persecution, and the yearning for a better life. As iterary critic and author Cynthia Ozick has pointed out:

"The pen name Sholem Aleichem is a Hebrew salutation that literally means "Peace to you" (the familiar Arabic cognate is "Salaam aleikum"), and that conveys a vigorously affectionate delight in encountering a friend, if not a confidant. Almost no phrase is more common in Yiddish — as common as a handshake."

We recommend this documentary to you with affectionate delight!

Special features on the DVD include "Making the Film" and "On Sholem Aleichem." 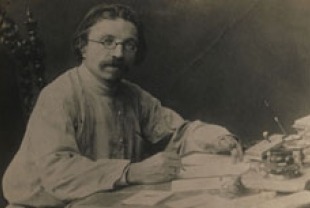 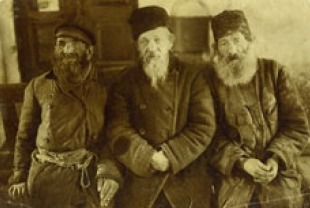