Directed by James Marsh
An astonishing documentary about a chimp raised as a human and the calamitous consequences.

Imagine being taken from your birth mother at the Institute for Primate Studies in Oklahoma, 1973, and handed over to a new human mother who will take you to live in her house with seven other children. This is the genesis of the ambitious "Project Nim" which set out to prove that a chimpanzee could learn to communicate with language if raised and nurtured like a human child. The project, directed by Herb Terrence, a psychology professor at Columbia University, hopes to add new information to the nature vs. nurture debate. He hires Stephanie LeFarge, a former student, to take care of the chimp, named Nim, raise him like a child, and teach him sign language. The family in this New York City apartment treat him as a lovable pet but things go from bad to worse when the chimpanzee's wild nature emerges. Terrence moves Nim to a large mansion owned by Columbia where he is cared for by a succession of young women.

Project Nim is directed with great skill and sensitivity by James Marsh (Man on Wire). Watching the interviews with many of the people who worked on the Nim Project, we were reminded of the dangers of anthropomorphizing animals just because they share a few common traits with human. Werner Herzog's Grizzly Man graphically shows the horrific results of that error in another context. Nim's adventures take a precipitous change for the worse when the project is suspended and he is shipped off to a primate research lab in Oklahoma and then to a medical research facility in upstate New York. There Nim is forced to reside in a small cage in a lab. As James Mahoney, a research veterinarian, observes: "Once you put them in a cage, it's all downhill from then on." Needless to say, Nim is a very unhappy camper until some of his human supporters come to his rescue. They treat this exploited animal with the love and respect he deserves.

Eventually, the founder and leader of Project Nim calls it a failure. But the biggest loser of all is Nim who is forced to relive being taken from his mother repeatedly as he moves from one surrogate parent to another. Does this chimpanzee experience pain, anxiety, and suffering? Yes, he does, and most of it has to do with the ways in which he is exploited by human beings. Did this wild animal have the best life he could have had? We think the answer is no.

The final and ultimate question that lingers in our minds after seeing this extraordinary documentary is: should we interfere in the lives of animals? Yes, it you mean rescuing animals stuck in an oil slick. No, if you mean subjecting animals like Nim to scientific experiments that cause harm to their bodies, minds, and souls. Or as Marc Bekoff eloquently puts it in Animals Matter:

"Animals are our kin. It is important to realize how much animals do for us. They teach us about trust and respect. Animals also teach us about responsibility. In return, we need to make sure that all animals have every opportunity to be happy and content. Compassion and respect are the least that we can give back to them.

"It is also important to remember that when humans choose to use animals, the animals invariably have no say in these decisions. They cannot give their consent. Animals depend upon our goodwill and mercy. They depend on humans to have their best interests in mind." 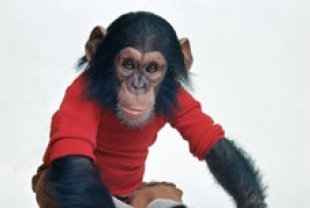 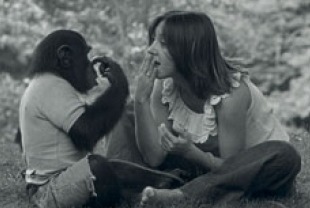 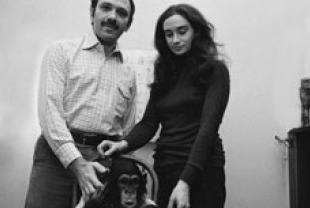 See all resources about animals