Directed by Mona Achache
A tender love story on many levels that will soften your heart with its sweet surprises.

Paloma (Garance Le Guillermic) is a precocious 11-year-old girl who is fed up with her rich family's bourgeois life in Paris. Her mother, who has been in therapy and taking antidepressants for 10 years, sees her as an "oddball" and is concerned about her penchant for hiding. Her father is not really there most of the time and when he is, he seems to always be shouting. Her older sister wants nothing to do with her. So this alienated little girl, who is dreading the fate of living like a fish in a bowl for the rest of her life, decides to commit suicide on her upcoming twelfth birthday. To show everyone else the meaningless of existence, Paloma has decided to make a home movie about her family and her experiences before the end.

Meanwhile, Renee Michel (Josiane Balasko) goes through her daily rounds as the janitor in the building where Paloma and her family live. Her husband died of cancer ten years ago and now she lives a lonely life with her large tomboy cat Leo. But hidden behind a door in her apartment that is always closed is Renee's extensive library where she can retreat from the constant interruptions and demands of the building's residents. Paloma is very intrigued by Renee's antisocial attitude and her mysterious life. She imagines her as a hedgehog with protective quills on the outside but "fiercely solitary — and terribly elegant" within.

Renee's life is transformed when Mr. Ozu (Togo Igawa), a wealthy and cultured widower from Japan, moves into the building and sets up a beautiful apartment. He immediately sees something in her that others have missed. He gives her a gift of two volumes of Leo Tolstoy, and she is pleased by his sensitivity and charm. When he asks her to dinner at his place, a friend orchestrates a makeover for her with a haircut and a borrowed dress. Although on the surface the French janitor and the wealthy Japanese man seem to have little in common, it turns out they are very sympatico. He tells her, "We can be friends and whatever else we want."

Mr. Ozu is also very relaxed and natural with Paloma. He is not at all put off by her behavior and her constant videotaping. Soon the little girl is also visiting Renee regularly. When the older woman breaks down with a bad case of self-disgust, the little girl embraces her with compassion. She has been there before.

The Hedgehog is written and directed by Mona Achache from a screenplay based on a bestselling novel by Muriel Barbery. The three lead characters are all eccentrics who march to the beat of their own private drums. They all appreciate the liberation and meaning that comes through art and creativity. They don't care what others might think of them, and they are willing to reach out in the darkness when they need a friend. The Hedgehog is a tender love story on many levels that will soften your heart with its sweet surprises. 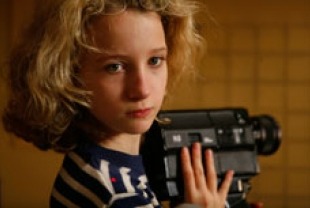 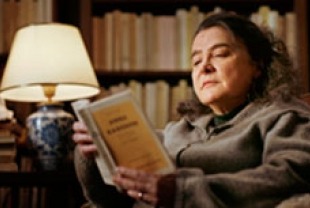 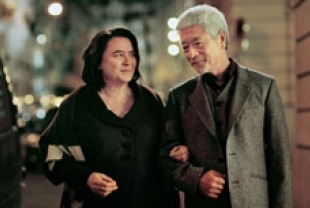 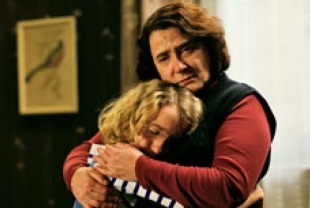