Directed by Steven Soderbergh
An absorbing, nuanced film about a global pandemic in which the battle against a deadly virus draws out the best and the worst in human beings.

In 2000, director Steven Soderbergh accomplished the nearly impossible — creating two hard-hitting works of social conscience in the same year. First Erin Brockovich, about a woman fighting pollution by corporations, and then Traffic, a thought-provoking and inventively directed examination of the drug problem in America. Ambitiously covering the hydra-headed nature of his subjects, Soderbergh set a new standard for films about the most salient ethical issues of the day.

Now with Contagion, he continues to plumb the depths with this absorbing drama about a deadly virus that spreads like wildfire around the world despite the valiant efforts of governments, medical institutions, and heroic individuals. Soderbergh manages to convey the fear and chaos of this pandemic on a personal, national, and international level. The battle against the deadly virus draws out the best and the worst in people as they face the possibility of a swift and painful death.

Beth Emhoff (Gwyneth Paltrow) is a working mother from Minneapolis who has traveled to Hong Kong for a business meeting. On her way back, she makes a stop in Chicago. By the time she arrives home to her husband Mitch (Matt Damon) she has a fever followed by seizures, and then a massive brain hemorrhage that kills her. Shortly afterwards, his young son dies as well. Mitch resolves to do everything within his power to protect his teenage daughter (Anna Jacoby-Heron) from the virus.

After doing an autopsy on Beth, a pathologist sends his report to the Center for Disease Control (CDC) where Dr. Ellis Cheever (Laurence Fishburne), its Deputy Director, is shocked by the continuing reports of the spread of the deadly virus. He sums up the situation: "We have a virus, no treatment protocol, and no vaccine." His dilemma as the pandemic spreads is how much to tell the public.

Cheever designates Dr. Erin Mears (Kate Winslet) as the Epidemic Intelligence Service officer to monitor what is happening in Minneapolis and to set up quarantine facilities. Meanwhile, Dr. Leonora Orantes (Marion Cotillard), is sent from Geneva to Hong Kong by the World Health Organization to track down Beth Emhoff's itinerary and contacts; she was the first person to die from the virus and this information may hold the key to where it came from.

By now, millions of people around the world have died from the virus. Dr. Ian Sussman (Elliott Gould) an independent researcher, is able to grow the virus, the first step in the development of a vaccine. Dr. Ally Hextall (Jennifer Ehle), a compassionate scientist working in a high security lab with monkeys, makes her own astonishing contribution to the war against the virus.

A final figure in this unfolding disease drama is freelance journalist Alan Krumwiede (Jude Law) who with the zeal of a crusader uses the Internet to dispense his version of the truth about the pandemic: "First there were two people, then four, then 16. In three months it's a billion. That's where we're headed. The truth is being kept from the world." The audience for his blog leaps from 2 million to 12 million as he comes up with a conspiracy theory of complicity between the governments and pharmaceutical companies to produce a cure for maximum profitability. Of course, to counter that possibility, Krumwiede claims to have discovered a homeopathic remedy, and he makes a deal with a hedge fund to finance its marketing. Fed by contradictory information and the rising tide of dying people, stores run out of food; banks, schools and gas stations close; and there are riots in the stores where Krumwiede's homeopathic remedy is being dispensed.

As is usual in films directed by Steven Soderbergh, the screenplay is consistently nuanced and inventive. Scott Burns' storyline keeps the escalating drama flowing. He reminds us that the 1918 Spanish flu wiped out 50 million people, one fifth of the world's population. With a new virus being discovered every week, it is not unreasonable to imagine something similar to what happens in Contagion on the horizon in our twenty-first century world. Consider this film as a wake-up call to the ethical responsibilities of ordinary citizens, scientists, medical personnel, pharmaceutical companies, researchers., government agencies like the CDC, and international organizations in the face of a pandemic. 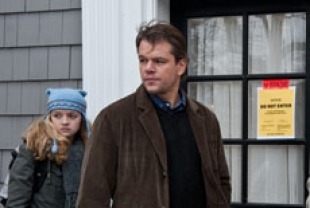 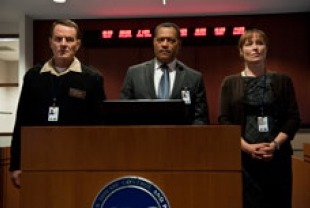 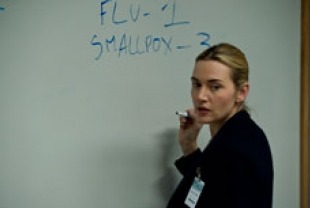 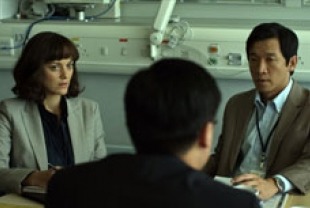 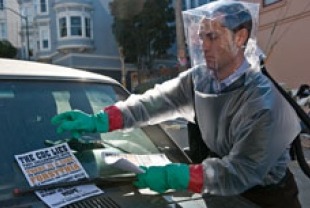