Directed by Hartmut Bitomsky
A fascinating and universally accessible documentary on dust.

The Buddha once told his followers that everything around them was only dust. And, he was right. Anyone who regularly cleans their apartment or house knows that getting rid of dust is an unending battle that takes patience and perseverance. Harmut Bitomsky is a creative documentary filmmaker who has taken on such unusual projects as a history of the autobahn and a look at the wind in cinema. This time out he has put together a fascinating and universally accessible meditation on dust — fine, dry, particulate matter. As narrator, Bitolsky says at the outset, "Dust is the smallest object a film can deal with." It may be small in size but it sneaks its way into almost every aspect of our life and work on planet Earth.

Removing dust is a job and a business. We see a cleaning woman in an office late at night doing her best to keep it clean; another at a museum is shown meticulously removing the dust from ancient sculptures; men dressed in protective gear are removing asbestos from a condemned building; and we witness a woman warrior against dirt and the once-a-week campaign she wages in the name of cleanliness.

This unwanted material resides in abandoned factories, paint powder, coalmining slag heaps, and uranium deposits. Some of it can cause birth defects in babies; other kinds have been linked to cancer in human beings. All of it wreaks havoc on the environment. One segment in the documentary about the toxic dust of 9/11 sears the soul.

Mother Nature also has a role to play in the ongoing history of dust. Bitomsky takes us back to the tragedy of the Dust Bowl of the 1930s in five states. He then features scientists talking about Sahara dust storms which travel across to the Atlantic Ocean to countries such as Spain which are regularly "dusted."

One the most imaginative segments revolves around a young woman who collects dust bunnies, claiming that all homes are archives of dust. But this positive note is soon overshadowed by Bitomsky's chorus of entrepreneurs presenting their air-filters, vacuum cleaners, and air-washing filter machines. The filmmaker ends in outer space and an erudite discussion with scientists about dust from a comet and its possible role in the evolution of life. The point is made that these small particles contain both negative and positive energy.

We are reminded of a dust story in Sweeping Changes by Gary Thorp:

"Having just moved into a new temple, the young monk was filled with energy and dedication and surpassed all the other monks in his zeal for cleaning. During work practice, he was an absolute tornado, running throughout the rooms and hallways, sweeping and polishing and dusting everything in sight. One day his teacher asked him, "What are you doing?" The monk beamed a large smile in the direction of his teacher and said, "I am working hard to clear away the dust of illusion, and to reveal the shining face of Buddha which is beneath it." His teacher said to him, "Please don't ever forget. The dust is also the Buddha." 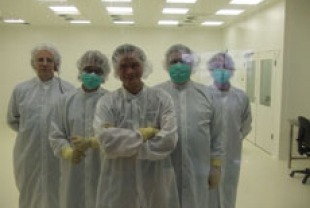 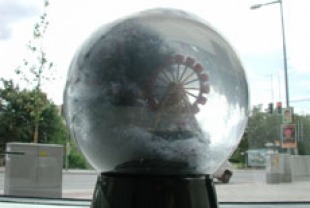 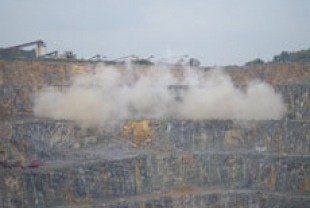