Directed by Luc Besson
An inspiring portrait of a freedom fighter told through an exquisite love story set in the darkness of violence, repression, and tyranny in Burma.

"Born in Rangoon, Burma, on June 19, 1945, Aung San Suu Kyi was two years old when her father, General Aung San, was assassinated. While she has no personal memories of him, she is aware of his legacy as the man who helped Burma gain its independence from Great Britain. In fulfillment of an apparent destiny, she is now creating her own legacy as the leading voice for democracy in her troubled country."

— from The Art of Peace edited by Jeffrey Hopkins

A Daughter Fulfilling Her Father's Legacy
We first meet Aung San Suu Kyi (Michelle Yeoh) as a housewife in Oxford, England, during 1998. She is married to Dr. Michael Aris (David Thewlis), an Oxford scholar and teacher, and they are raising two sons, Alexander (Jonathan Woodhouse) and Kim (Jonathan Raggett). When her mother, who is still living in Burma, has a heart attack, Suu Kyi returns to her homeland. The country is under the control of the military led by General Ne Win (Htun Lin). Fearful of the influence of this daughter of a freedom fighter, they have someone follow her every move.

A mass protest against the repressive regime is dealt with harshly: thousands of unarmed students and workers are attacked and many are killed. Suu Kyi witnesses beatings and shootings in the halls of the hospital. Shortly after the uprising, General Ne Win announces that he is stepping down, and elections will be held. Suu Kyi is asked by university professors and students to lead a movement for democracy. Her husband and sons are there to witness her first public speech ever in front of an enthusiastic gathering of over one million people.

"It is passion that moves the hearts and minds and makes history. It is passion that translates into power. When such passion is brought to bear on public issues, it is a potent instrument for political and social change."

— "The Essential Flame," an article in The New York Times by Aung San Suu Kyi

Passion That Moves Hearts and Minds

Aung San Suu Kyi proves herself to be a disciplined and driven campaigner as she travels all over Burma with her message of democracy and freedom. In one of the most dramatic scenes in the film, a group of soldiers armed with rifles aimed at her form a line to block her access to the stage where she is scheduled to speak. Yet with a fearlessness that has grown out of her study and practice of nonviolence, Suu Kyi keeps moving forward until she stands face-to-face with her violent enemies. The soldiers await the order to fire but the commander tells them to step away instead.

It is this kind of passion for peace that has moved the hearts and minds of the people of Burma and around the world. The result of the election is an overwhelming victory for her National League of Democracy (NLD). But instead of honoring the will of the people, General Ni Win offers Suu Kyi a chance to leave the country but she refuses. His military regime comes up with a new strategy to stifle her voice and separate her from members of NDL. Suu Kyi is put under house arrest in 1989.

"If only as much noise, money and effort was spent supporting the peacemakers of this world as is made in support of the use of war," Archbishop Desmond Tutu wrote in the International Herald Tribune. "Myanmar ( name for Burma), Asia, indeed the world, have a golden opportunity. We have a charismatic leader determined to lead her movement and people in the way she would choose to govern, peacefully, with respect and with human dignity."

— from an article on Common Dreams

Blessed Are the Peacemakers

One of the many interesting things about this tender and touching biopicture about the woman who has been called "Burma's Saint Joan," "the steel orchid," and a "female bodhisattva," is the untiring and creative support of her husband. He is there with her to come up with a compromise when she almost dies during a hunger strike protest. And he works behind the scenes to orchestrate her receiving the Nobel Peace Prize in 1991.

Suu Kyi's sons are also supportive, even though her choice to stay in Burma, even when the regime encourages her to leave and not return, means they do not have a mother's presence for most of their young lives. Suu is deeply moved as she listens on radio to the Nobel Prize acceptance speech delivered by her oldest son. And then with great tenderness and tears of joy streaming down her face, she plays her piano in accompaniment to the piece being played by musicians at the ceremony in Oslo.

Despite this recognition of her courage in the face of oppression and injustice, the major world powers, who expend enormous time and energy on war and the arms trade, do little for Suu Kyi during her years of house arrest. How lamentable! It is mind-boggling to try and realize the isolation and the loneliness of this torture designed to break a person's spirit. This patient and resolute woman was finally released in 1995 after six years of house arrest, but her movements remain restricted.

In The Future of Peace, Scott A. Hunt features an interview he did with Suu Kyi and also shares a letter she wrote to her husband-to-be before their marriage. "I ask only one thing," she wrote. "That should my people need me, you would help me do my duty by them." When Michael gets a diagnosis of terminal cancer, he tries to get a visa to visit her in Burma but is repeatedly denied one. When she offers to come to him, he tells her she must not leave Burma, knowing she would not be allowed to return to continue to serve her people. To the end he supports her special mission on earth.

For emphasizing both the political and the person sides of Suu Kyi's story, The Lady, directed by Luc Besson (The Messenger: The Story of Joan of Arc, Angel-A) registers on our hearts not only as an inspiring portrait of a heroic peacemaker; it is an exquisite love story.

"Even in the darkest times in our history, people of extraordinary character have lived among us, showing us a way out of the deplorable cycle of hatred and aggression. They exist this very day. It is to these people that we can turn in order to replenish our encouragement, hope, and inspiration. Martin Luther King Jr. called such people 'creatively maladjusted,' for they live outside the standard view, unwilling to accept the predictions of continual tragedies, incessant warfare, and racial and religious avarice. They are heirs of our great spiritual masters from centuries past, continuing now to challenge us to think and act differently, to live more productively and harmoniously.

"These people are gifted with an irrational faith. Their faith is irrational in the face of seemingly insurmountable obstacles. They maintain their vigil for peace, day in and day out, no matter how dismal their situation becomes. These are the people who look into the gloom and see the foundations of light, who fail to be dissuaded from doing what is morally correct despite years of setbacks or minute gains, who show us in their words and deeds how we can turn our torments into triumphs. . . .

"They are all great peacemakers who rise out of the ashes of conflict. From some of the most horrendous chapters in human history, these great leaders have emerged to show us a different path, proving not only that the cessation of war is possible, but that the removal of hatred and violence from our hearts is possible as well. We can have peace not merely between nations, but also in our streets and in our homes. They rebuke the pundits not simply with academic theories but with hard-fought actions waged in the front lines of the world's most troubled regions. In short, they show us that the promise of peace remains intact, and so does our enormous potential to achieve it."
— from The Future of Peace by Scott A. Hunt 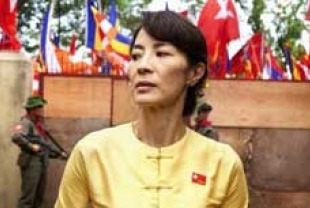 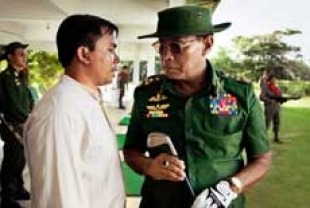 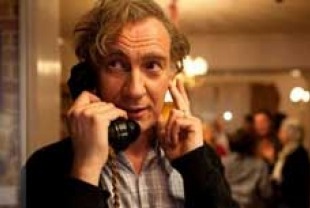 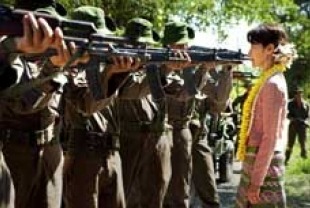 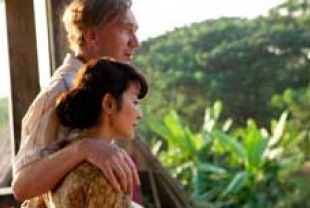