Last Call at the Oasis

Directed by Jessica Yu
A tour de force documentary about the water crisis in America and the varied and sometimes shocking responses to it.

Twitter Facebook Link Print
Share
"We humans have an infinite capacity
to deny reality, to think that there's
some oasis out there, somewhere
that we can go to get more water."
— Robert Glennon,
author of Unquenchable

In a Nutshell: Water is essential to our lives as human beings. Without it, we would die in three days. It fuels our businesses, industries, and agriculture. It provides us with much needed recreation. But instead of being good stewards of this precious resource, we have squandered it by our irresponsible habits and poisoned it with toxic chemicals and waste from agriculture and industries. Now we are facing a water crisis that could spell doom for cities like Las Vegas, areas of the country like Southern California, and millions of citizens who may not have access to fresh water if America does not change its ways. The longer we remain in denial about the nature and seriousness of this global water crisis, the less time future generations will have the bounties we take for granted.

About the Filmmakers: Last Call at the Oasis has been developed, financed, and executive produced by Participant Media, the visionary company behind An Inconvenient Truth, Food, Inc., and Waiting for Superman. This riveting and enlightening documentary is directed by Jessica Yu. It is ambitious and eclectic in its pursuit of the truth about the shortage and pollution of water which has already taken place and promises to get much worse as the planet is rocked by the global climate change.

Sum and Substance: The filmmakers start with an exploration of the possible ramifications of a water shortage in Las Vegas which delivers water to 2 million residents and 40 million annual visitors. Land development schemes continue despite the fact that nearby Lake Mead is drying up; low water levels also mean that Hoover Dam, which supplies electricity throughout the West, may not be operable in a few years. Meanwhile, the Colorado River feeding water throughout the southwest is showing signs of major overuse.

The California Central Valley grows one quarter of all the food in the United States on its 7 million agricultural sites. But farmers are losing access to the Bay Delta for their irrigation and face the same plight as their counterparts in Australia who are selling their livestock and their farms since there isn't enough water for the cattle. And California is not the only place in trouble; 36 states face water shortages in the next three years.

The hard-hitting and charismatic Erin Brockovich is one of the major voices drawing attention to the water crisis. It's been predicted that there will come a time when water is more valuable than oil, and Brockovich thinks that time is now. She and her research and legal staff respond to communities needing an advocate as they confront corporate polluters. In Midland, Texas, people are dying of cancers caused by hexavalent chromium. At a town meeting, she explains with heartbreaking honesty that it's not likely the Environmental Protection Agency will be able to help them any time soon.

Pesticides are showing up in the water supply through runs-off from agriculture. Tyrone Hayes, a scientist at UC Berkeley, has been studying the effect of antracine, a pesticide used on corn, on the endocrine system of frogs; he discovered frogs are showing abnormal growth including sex changes when exposed to water 1/30th the level allowed in human drinking water.

A final crusader who lifts our spirits with her dedication and courage on the front lines of the water wars is Lynn Henning who has taken on Big Ag over the huge lagoons of animal waste from CAFOs (Concentrated Animal Feeding Operations). Her water tests have documented that toxins are leaking into underground water table and throughout the lake system in Michigan. She describes herself as a "middle-aged woman for whom sensible shoes are not the answer anymore."

Equally impressive is the work of Friends of the Earth Middle East, a regional organization trying to provide clean water to the three countries dependent upon the Jordan River.

Throughout history, the person who poisons the well has been seen by others as the worst person in the community. Not so in the United States where corporate wheeler-dealers have hobbled the work Environmental Protection Agency; it is understaffed and underfunded. And legislation like "The Halliburton Loophole" mean that gas companies do not have to reveal publicly what chemicals they are using in hydraulic fracturing (fracking) which may be affecting the water table.

One of the most interesting sections of the documentary deals with the wild popularity of bottled water (45% of which originates as tap water), the fear of municipal tap water, and the challenges facing those who want to get the public to accept recycled waste-water. Psychologist Paul Rozin explores the "yuck" factor that seems to be blocking this option. But that won't stop a team of entrepreneurs who brainstorm names for bottled recycled water (the winner: Procelain Springs) and then enlist Jack Black as the spokesman.

Last Call at the Oasis approaches its subject from a multitude of angles. You will come away from it informed, not just a little worried, and yet hopeful that the right people and the right energy can still turn things — if not around, at least in better directions.

Thought-provoking Statistics from the Film

• Less than 1% of the water on earth is fresh enough to drink.

• In most households, the single largest user of water is the toilet — using 27 % of all household water.

• Americans use 6 billion gallons of water per day flushing toilets.

• According to the National Resources Defense Council, 1,100 counties across the U.S. — one third of all counties in the lower 48 — will face water shortages by 2050 because of climate change. (400 will be severe.)

• The U.S. is the largest consumer of bottled water.

Quotes to Go from experts appearing in this documentary:

• "California in many ways is the epitome of the global water problem."
— Dr. Peter Gleick, co-founder and President of the Pacific Institute

• "The EPA's broke. They got nothing. Nothing. NOTHING. They have 1200 more sites now they can't do anything with. I am telling you. Superman is not coming."
— Erin Brockovich, environmental activist and legal consulant

• "How we respond today will define who we are tomorrow."
— James Famiglietti, University of California

• "I know it's a surprise to some people that there is a crisis, but the reality is in the United States we Americans are spoiled. We have the biggest water footprint in the world."
— Robert Glennon, author of Unquenchable

• "Pollution in America is increasing rather than decreasing. In the five years between 2004 and 2009, the Clean Water Act was violated a half a million times."
— Alex Proud'homme, author of The Ripple Effect

Special features on the DVD include an interview with Erin Brockovich; an animated video "Hidden Water"; "Jack Black Saves the World from Thirst"; "Meet Mr. Toilet"; and "Arid Lands." 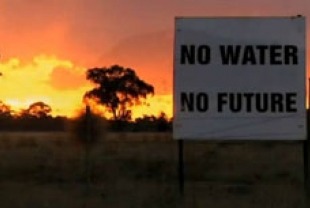 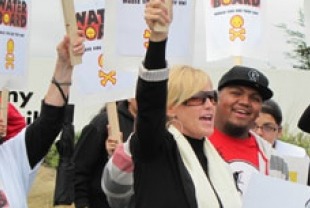 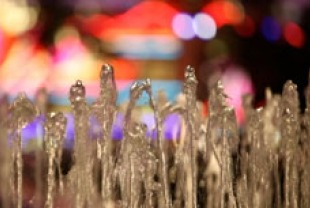 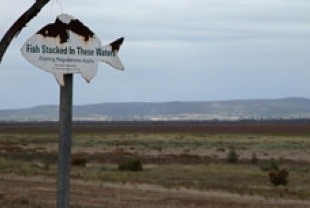 Prayers, meditations, and thoughts for the water crisis