Directed by Colin Trevorrow
A wonder-inducing combo of time travel and romantic comedy that tickles the funny bone and provokes thought about the different dimensions of time.

"Whenever we worry about something in the past or the future, we are setting up our own little haunted house and peopling it with our own special ghosts.…

"Attention flowing to the past is not energy used; it is energy wasted. The same is true of the future: looking forward to things, worrying about what might happen, fantasizing about dreams coming true is energy drained away. When the mind stays in the present, all this vitality comes back to us."

— Eknath Easwaran in Words to Live By

Darius (Aubrey Plaza) is a college graduate who has been in a funk since the death of her mother. She lives at home and has isolated herself from everyone including her father. Darius tries to protect herself from future disappointment by having no expectations about love, happiness, or personal fulfillment. Closed off and insecure, she has retreated in her mind and soul to the past.

Darius works as an intern for a Seattle magazine. Two of her co-workers are Jeff (Jake Johnson), a lazy and self-absorbed reporter, and Arnau (Karan Soni), an India-born American intern who is trying to diversify his resume. Jeff has come across a kooky classified ad which reads:

"Wanted: Someone to go back in time with me. This is not a joke. P.O. Box 91, Ocean View, WA 99393. You'll get paid after we get back. Must bring your own weapons. Safety not guaranteed. I have only done this once before."

If Darius has locked herself in the past in order to escape the present moment in all its rawness and uncertainty, Arnau is obsessed with the future and oblivious to the adventures of the flesh which Jeff is determined to help him honor and experience. As the three of them head to Ocean City to do an article for the magazine on the mysterious time traveler, they get caught up in the thrill of the quest which they hope will help them transcend the tedium of everyday life.

After Darius spots a young man opening P.O. Box 91 she discovers through a little bit of detective work that he is Kenneth (Mark Duplass) who works at a local grocery store; he's known in the community as a wacko who lives in his own strange world. Jeff meets with him but is rejected as a suitable time travel companion. But when Darius presents herself to Kenneth, he agrees to give her a trial period. He is a very nervous and paranoid young man who is convinced that "secret agents" are on his trail and out to get him.

Meanwhile, with some free time on his hands, Jeff pays a visit to Liz (Jenica Bergere), his teenage girl friend who has a fondness for home cooked meals and making pies. Seeing himself as a master of the moment, this brash young man opens his heart to Liz and takes a leap into the future. Her response comes as a big surprise to him.

"We never keep to the present. We try to steal a march to the future as if it were too slow in coming, or as if we could hasten its flow; or we recall the past to halt its retreat as if it were to rapid; so imprudent are we that we wander in times that are not ours, and give no thought to the only time that does belong to us."

This wonderful time travel and romantic comedy is directed by Colin Trevorrow who makes the most of the delightful screenplay by Derek Connolly, which won the Waldo Salt Screenwriting Award at the Sundance Film Festival in 2011. As the philosopher Blaise Pascal states, we are wanderers in times that are not ours. The four characters in Safety Not Guaranteed each encounter the secret pulse of time and are enlightened by it.

Many people have a yearning to revisit the past and to fix their failures, messes, and bad decisions. That is what draws Darius and Kenneth together and forms an unshakable bond between them. He shares his dreams, teaches her survival skills, and spends an intimate evening with her. All of this brings this oddball couple to the brink of truly opening their hearts to each other, clearing away the lies and dishonesty. The feel-good finale proves the truth of Harold M. Schulweis's affirmative belief that: "It is never too late to start over again, to feel again, to love again, to hope again."

Special features on the DVD include: "A Movie Making Mission" featurette; "The Ad Behind the Movie" featurette; and a Time Capsule-Easter Egg. 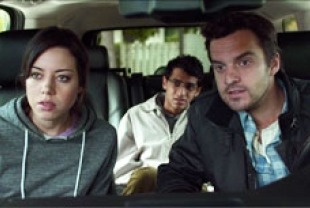 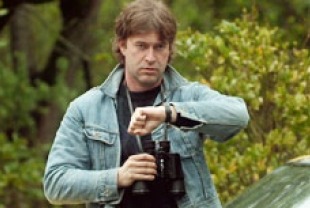 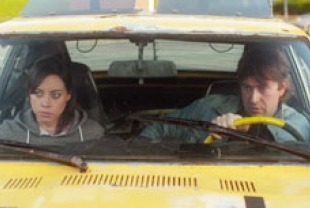 Back to the Future

Harry Potter and The Prisoner of Azkaban