Directed by Jonathan Dayton, Valerie Faris
A romantic fantasy that offers a few new twists on romantic relationships and the need to control another's moods, needs, and activities.

Calvin (Paul Dano) achieved fame and fortune at the early age of 19 as a novelist. Now, ten years later, he lives alone in a large house and keeps to himself most of the time. The only regular person in his life is his brother Harry (Chris Messina) who claims to know a lot about women since he's gone through a series of rough patches in his marriage.

Calvin is shocked when his creative juices dry up and he experiences writer's block. His long time therapist (Elliott Gould) comes up with a helpful exercise to help him get back on track. Then while walking his dog in the park, Calvin meets Ruby (Zoe Kazan) who instantly becomes his Muse. Writing about the time they spend together comes quickly and easily. But then he realizes that she is not real and that he has created her out of his vivid imagination. Things get more complicated when one day Ruby shows up again as a real flesh-and-blood person. What is Calvin to do?

Ruby Sparks is written by Zoe Kazan, the actress who plays her in this romantic fantasy. The light touch of directors Jonathan Dayton and Valerie Faris (Little Miss Sunshine) make the most of the story's examination of sexual politics as we watch Calvin coping with Ruby's real presence and then out of frustration over her mood swings and fluctuating needs trying to control her every action by typing another paragraph about her.

We see how stunted this writer's social skills are when he takes Ruby on a visit to his mother's (Annette Bening) house. She is a free and fun loving woman with a robust lover (Antonio Banderas) who convinces everyone but Calvin to join the festivities; his brother and his wife (Toni Trucks) are also part of the weekend.

Lucky for Calvin, his troublesome interlude with Ruby provides him some fresh insights into his own failings as an emotionally illiterate male. Hopefully in his next intimate relationship, he will lighten up and give up his egotistical need to control others.

Special features on the DVD include: Behind the story real-life couples: co-stars and directors; and "Be careful what you wish." 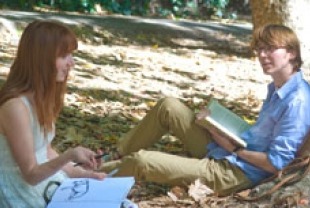 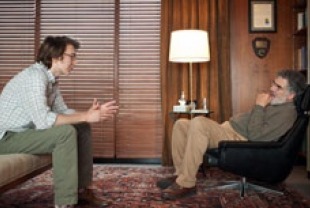 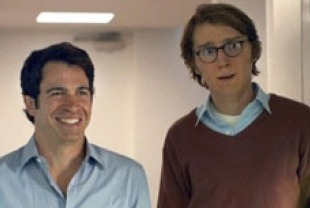 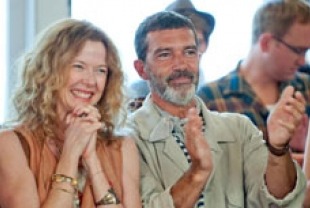 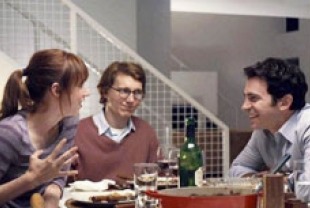 R - language including some sexual references, some drug use