Directed by Malik Bendjelloul
An inspiring and uplifting documentary about a man who gives all he's got and experiences a miracle in return.

Now thanks to Swedish writer, director, and editor Malik Bendjelloul we have an inspiring and uplifting documentary that provides a bountiful meditation on this Zen saying. It is one of the Best Films of 2012 in this genre.

In the early 1970s a singer/songwriter known simply as Rodriguez appeared in Detroit and impressed some musical industry pros with his gritty and melodic ballads that were comparable to the folk music of Bob Dylan. The shy Mexican-American with long hair and a large soul signed with A & M Records. The company thought that Cold Fact and Coming from Reality would bring this working-class poet fame and them a fortune. But despite positive reviews, the albums bombed completely and disappointed everybody involved.

Rodriguez disappeared from the pop music scene and went back to Detroit to work in demolition. Meanwhile unknown to him, bootlegged copies of his albums circulated in South Africa before the demise of apartheid. They lifted the spirits of young and old alike as the ideal of freedom became clearer and clearer to them. Fans of Rodriguez thought he was dead as rumors had spread over the years that he had set himself on fire on stage or shot himself in the head.

Much to everyone's surprise in South Africa, this failed American singer and songwriter sold over 500,000 albums and that made him "bigger than Elvis." Stephen "Sugar" Segerman — a true and loyal fan — teamed up with Craig Bartholomew-Strydom, an investigative reporter, to find out the truth about Rodriguez. One of his three daughters responded to their questions about his death, saying he was alive and well, living in his small home in Detroit, Michigan.

In contrast to the egocentric, greedy, and gaudy portrait of rock stars in many films, Rodriguez in the interviews reveals himself to be a humble and gifted artist who has no resentment about the past. His daughter talks about her father's spiritual ability to devote himself 100% to his lowly labors; he is still working in construction.

The emotional high-point of this extraordinary documentary comes when Rodriguez arrives in South Africa and is greeted with love and admiration by awestruck fans who cannot believe their eyes when their hero appears onstage and sings the songs they know by heart. These scenes are sure to give you goose bumps and bring tears to your eyes.

Rodriguez in Searching for Sugar Man comes across as a centered, caring, and committed man with a mature heart. In old age, he is no longer struggling against the world or getting lost in it. He seems at peace. That is why his humility and patience shine through as director Bendjelloul films him walking the snow-covered streets of Detroit with dignity and perseverance. He is a man who has experienced a miracle and then returned home to chop wood and carry water. 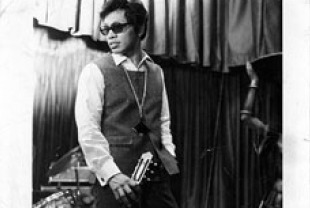 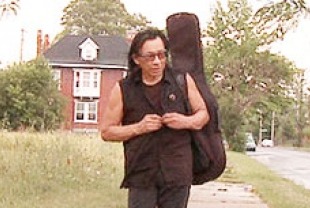 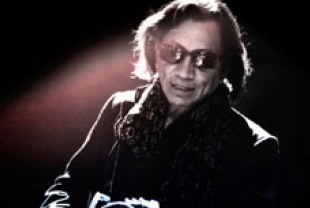