Meet Cam Brady (Will Farrell), a slick Democratic Congressman from North Carolina who is running for a 5th successive time unopposed. His popularity has plunged downward in the polls after he misdialed his mistress's number and graphically spewed out the kind of sex he would like to have with her, only to discover that the people on the other end of the line are a very pious family with straight-arrow values. Cam's loyal campaign manager (Jason Sudeikis) is very worried about the extent of damage control that needs to be done to put him back in the catbird seat.

Wanting to have an easy ride on a new money-making scheme in North Carolina, the Motch brothers (John Lithgow and Dan Aykroyd), two power brokers who are fabulously rich, decide to have Marty Huggins (Zach Galifianakis) run as a Republican. It is a sweet deal for them since they've also funneled big money to Cam. Huggins runs a Tourist center and has always wanted to get into politics. But both his brother and his father (Brian Cox) think he is a wimp and a loser.

Cam begins the campaign of dirty tricks with a slide show introduction to the community which ridicules Huggins. The Motch brothers send in Tim Wattley (Dylan McDermott) to help Huggins; he's a rigorous campaign manager who sets in motion a complete make-over of this amateur candidate's appearance, speaking style, house furnishings and strategy for each debate. As a result, Huggins rises in the polls and becomes a real contender as Cam commits another blunder by accidentally punching a baby in the face before photographers. Soon both candidates are filling the airwaves with vile political ads attacking each other.

Anyone familiar with The Daily Show's Jon Stewart's ribald and creative attacks on the banality of contemporary political campaigns, the lack of difference between the two major political parties, the outrageous scandals of members of Congress, and the obscene control of the country's destiny by the rich and the powerful will understand the quotation flashed on the screen from Ross Perot in 1988: "War has rules. Mud wrestling has rules. Politics has no rules."

Jay Roach (Meet the Parents) directs this out-of-the-box comedy that reveals the sad, sorry, and outrageous state of politics in America. It's all about money, sound bites, dirty tricks, and slogans mouthing the supreme value of Jesus, patriotism, and corporations. Maybe The Campaign will help us laugh off the politicians responsible (as Huggins puts it) for "the mess we're in." If any group deserves to be the target of anger, criticism, and ridicule, it is those who have corrupted government by becoming the puppets of corporations and power hungry wheeler-dealers.

Special features on the dvd include deleted scenes and a gag reel. 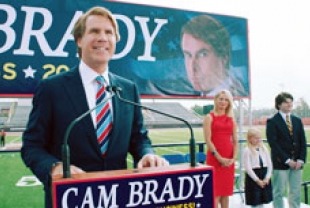 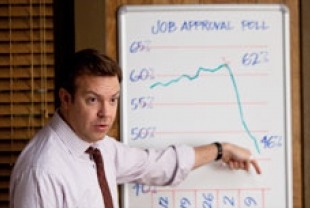 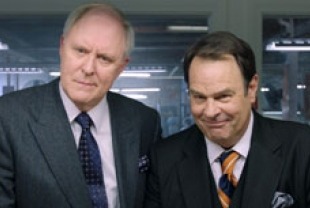 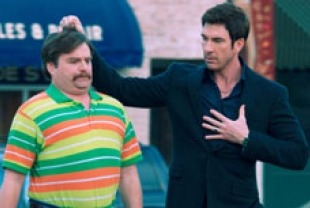 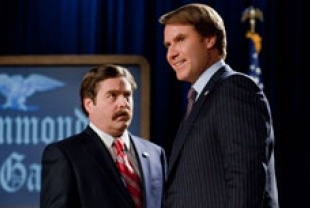