Directed by Christopher Guest
A very funny comedy about a dog show in Philadelphia and the multiple foibles of the contestants' crazy over-the-top owners.

In 1996 Christopher Guest and co-writer Eugene Levy satirized small-town theatrical productions in their film Waiting for Guffman. Here their field of play is a major dog show in Philadelphia. Many of the ensemble cast members also appeared in the earlier film. Best in Show is a laugh-riot and will be especially appealing to those who cherish the way animals seem to be very patient with the foibles of humans. The well-trained and groomed dogs in the show deserve extra ribbons for putting up with their crazy, over-the-top owners.

Christopher Guest gives a hilarious performance as Harlan Pepper, a fly-fishing shop owner from Pine Nut, North Carolina, who's madly in love with his Bloodhound, Hubert. Then there are Meg and Hamilton Swan (Parker Posey and Michael Hitchcock), a high-strung yuppie couple from Illinois who are seeing a shrink because their Weimaraner, Beatrice, seems to have fallen into a state of depression after witnessing them having kinky sex. Their people skills are poorly developed since they order everything by catalog.

Gerry and Cookie Fleck (Eugene Levy and Catherine O'Hara) from Fern City, Florida, have high hopes for their Norwich Terrier, Winky. Only trouble is they keep bumping into Cookie's old boyfriends on the trip north. She appreciates the attention while he tries to hide his social awkwardness.

Scott Donlan (John Michael Higgins) and Stefan Vanderhoof (Michael McKean) are a gay New York couple with an elaborately groomed Shih Tzus, Miss Agnes. They certainly know how to travel in style and to tend to the Shih Tzus they left at home. And last but not least are Sherri Ann Ward Cabot (Jennifer Coolidge), a wealthy woman, and Christy Cummings (Jane Lynch), the professional handler she's hired to show off her champion Standard Poodle, Rhapsody in White, the Best in Show winner for the two previous years.

At the dog show itself, Trevor Beckwith (Jim Piddock), a sober British commentator, tries to provide astute explanations of what the judges are doing, while Buck Laughlin (Fred Willard), tries to add a little color to the commentary. His are some of the silliest lines in the film.

Charles F. Duran has observed: "Folks will know how large your soul is by the way you treat a dog." This zany, clever, and relentlessly funny comedy illustrates the truth of that observation. 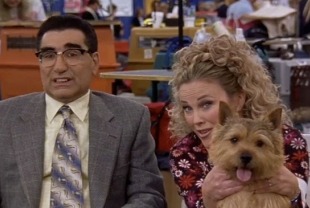 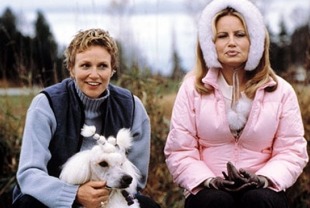 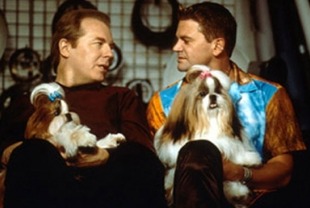 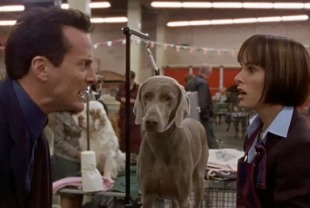 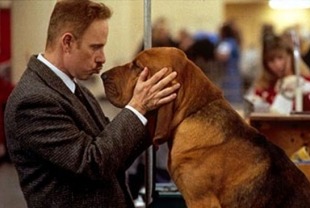