The Eye of the Storm

Directed by Fred Schepisi
An engrossing screen adaptation of a 1973 novel by Nobel Prize-winning author Patrick White about a dying matriarch and her two spoiled adult children.

In his first film since A Cry in the Dark (1988), Australian director Fred Schepisi has turned to a screen adaptation of Nobel Prize-winner Patrick White's much praised 1973 novel. The screenplay by Judy Morris stays focused on the interactions of two spoiled adult children who have returned home to Sydney from England and France for the imminent death of their imperious and self-absorbed mother. As she awaits their arrival, this elderly socialite drifts in and out of lucidity with memories of the past both haunting and enchanting her.

The mother, Elizabeth (Charlotte Rampling), is looked after by her housekeeper Lotte (Helen Morse), a Holocaust survivor who provides an escape from the dreary present moment with songs of the German cabaret; a sober-minded nurse Mary (Maria Theodorakis); and Flora (Alexandra Schepisi), a caregiver whose sexual vitality pleases her employer.

Dorothy (Judy Davis) is the first to arrive, and it is immediately evident that she and her mother have never gotten along. Now this prodigal daughter has been set adrift on a sea of troubles following a failed marriage to a French nobleman. All this lonely and sarcastic woman has is her title, Princess de Lascabanes.

Her brother Basil (Geoffrey Rush), always their mother's favorite, enters with a flourish that is part of his charm as a narcissistic stage actor. His ego is given a boost when Flora takes more than a casual interest in him.

It is fascinating to watch these two trying to cozy up to their dying mother in hopes of securing large inheritances. But they — and everyone around Elizabeth — are put off balance by her mood swings, except her loyal attorney Arnold (John Gaden), a good man who once had an affair with her which she has never forgotten.

Through sheer will power, this dominant woman who has lived a rich and adventurous life, refuses to die until she is ready to let go. A good Buddhist eulogy could be summed up as: "This is as far as I got." We are convinced that Elizabeth is the kind of pleasure-seeking woman who would enjoy another go-around in life in order to savor all she might have missed this first time! 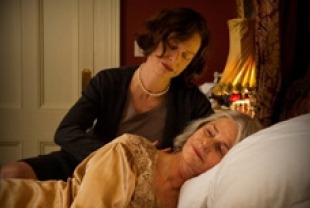 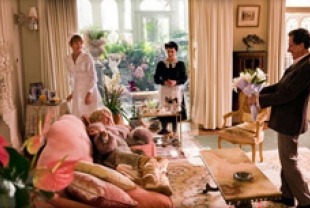 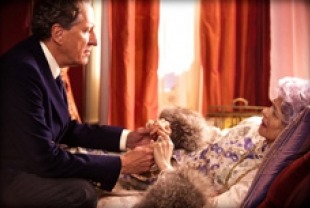 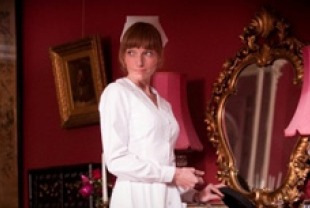 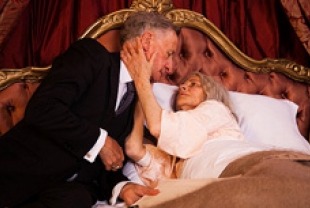