Directed by Noah Baumbach
The comic misadventures of a quirky young woman who falls down seven times but gets up eight.

There is a Japanese proverb about the resilience of those who are able to endure failures and disappointments with aplomb: "Fall down seven times, get up eight." That in a nutshell describes the lead character in Noah Baumbach's black-and-white comedy which he directed and co-wrote with its star Greta Gerwig.

Frances (Greta Gerwig) is a 27-year-old apprentice dancer who lives in a Brooklyn apartment with her best friend Sophie (Mickey Sumner). She whimsically characterizes their relationship as being "like an old lesbian couple that doesn't have sex." But when Sophie decides to move into a fashionable Tribeca apartment, Frances is both shocked and hurt.

It is hard to find a place to live in Manhattan when you are single and on your own. Frances picks herself up from a funk and moves in with two young men, Benji and Lev (Michael Zegen and Adam Driver), who share her aversion to growing up. Although Frances is considered by some as "undateable," she tries her hand at it and bumbles her way through. When she is with others Frances does not make a great impression. "You look a lot older," says a woman comparing her to a friend, "but you seem far less mature."

Oh, well, you can't win them all. But it is possible to have some fun not trying. Frances flies home for a visit with her parents and has a glorious time riding a bike through town. When you are floundering, nothing hits the spot like some unstructured play.

Things go from bad to worse when the dance company lets her go. To cheer herself up, Frances impulsively takes a weekend trip to Paris. It does not result in a romantic encounter with a handsome man but along with a later return to her alma mater Vassar, it does provide the fallow time she needs to finally get her act together.

Greta Gerwig, who was so impressive and appealing in Greenberg and Damsels in Distress, hits high stride in this comedy about the adventures of a truly quirky young woman who talks too much and is not confident about her talents and abilities. Frances falls down seven times but gets up eight. By the end of the film, she's learned how to be ready for anything that comes her way. 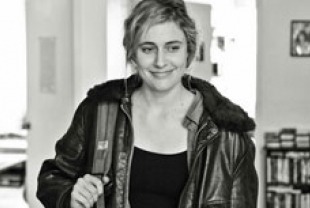 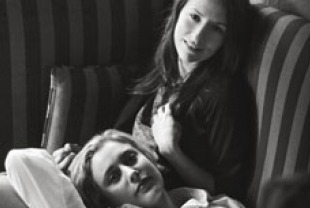 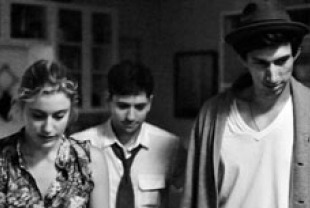 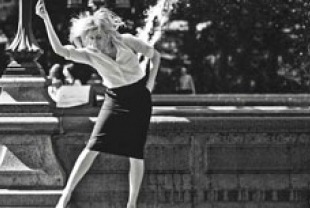