Directed by Alan Berliner
One of the best documentaries ever made on Alzheimer's which has been called the disease of the century.

Alzheimer's disease is an irreversible brain disorder with no known cause or cure. It afflicts up to 5.4 million Americans. It begins with a gradual loss of memory and language skills. As it progresses, episodes of disorientation, dysfunction, and personality and behavior changes occur as the brain shuts down. Alzheimer's sufferers unlearn even the simplest skills, eventually becoming totally incapable of caring for themselves.

Lewis Thomas, a bestselling author, has called dementia — of which Alzheimer's is the most common form — "the disease of the century . . . the worst of all diseases, not just for what it does to the patient, but for its devastating effects on family and friends." It is considered a "silent epidemic" because Americans know very little about it — the symptoms, proper diagnosis, or the stages of mental and physical debilitation of its victims.

First Cousin Once Removed is a breakthrough documentary by Alan Berliner about Edward Honig, his 91-year-old "good friend, cousin and mentor" who is afflicted with Alzheimer's. In his prime this distinguished and multi-talented man was a poet, translator, critic, and teacher. Honig founded the Graduate Writing Program at Brown University.

In the director's statement, Berliner reveals that both his father and grandfather had severe dementia in the final years of their lives and that he feels he might well follow in their footsteps. He also notes that someone in this country is diagnosed with Alzheimer's every 68 seconds and current estimates predict that 7.7 million people in the United States will have the disease by 2030.

This articulate and sensitive filmmaker spent five years working on this honest, riveting, and enlightening documentary on Honig's spiritual, physical, and mental encounter with Alzheimer's. Berliner's respect and love for his complicated and courageous friend shines through the many scenes where the poet's spirit breaks free of the fog of dementia and causes us to shiver.

Honig agreed to let his mother's first cousin film him in his home in Rhode Island much to the dismay of another relative. The elderly scholar, who once was master of his language and his own destiny, now flounders with words; when he cannot speak them, he makes bird noises or hums. Sometimes Honig recognizes his cousin and other times he doesn't know who he is. In frustration, the poet says: "I know there's a past and I know that I lived it" but often there is nothing there to work with.

Although his memory is fuzzy most of the time, he carries a deep wound inside revolving around his role in the death of his three-year-old brother. It is a chilling and scary confession. Honig has other demons to deal with as well such as his estrangement from his two adopted sons who describe his selfishness and inability to be there for them or to love them.

Using voiceover readings of Honig's poetry and archival material from his life, Berliner conveys the full sweep of his mentor's soulful journey with its admirable mix of sunshine and shadows. Even though his friend has been robbed of his identity by Alzheimer's, the filmmaker refuses to make him into a stranger. This is the ethical perspective that is at the heart of Berliner's humanistic documentary and what makes every moment so special and memorable. 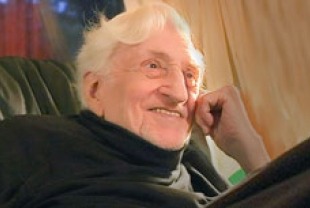 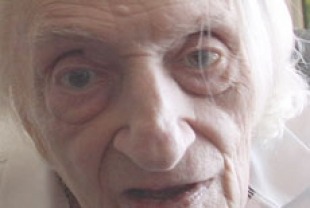 Discussion Guide for this movie

Video of Alan Berliner talking about the film