A Time for Drunken Horses

Directed by Bahman Ghobadi
An Iranian film about poverty-stricken children who demonstrate self-sacrificial love as they assume adult responsibilities on their small shoulders.

Forty thousand children die each day from malnutrition and disease, and nearly one-third of the people living in the least developed countries are not expected to survive to the age of 40. While the world, as a whole, consumes 24 trillion dollars worth of goods and services each year, the planet holds 1.3 billion people who exist on incomes of less than one dollar a day.

These statistics are given human focus in this riveting Iranian film by Kurdish filmmaker Bahman Ghobadi. When his father, a smuggler, dies in a landmine explosion, Ayoub must take care of his four orphaned siblings. Wrapping packages for shoppers with his sister Ameneh in the city will no longer bring in enough money. This young boy takes a job carrying heavy boxes over very rough terrain across the border into Iraq. He needs to earn enough money to pay for an operation desperately needed by Madi, his crippled fifteen-year-old brother who is about the size of a four-year-old. Although an older sister volunteers to get married for the money, the agreement falls apart when the other family sees Madi.

Ghobadi shows how these youngsters struggle to survive under terrible conditions. They are forced to work and to carry adult responsibilities on their small shoulders. The relationship between Ayoub, Ameneh, and their dying brother Madi is quite touching. They are willing to put their own needs aside in order to care for him. This self-sacrificial love is an act of moral beauty.

Too bad there is no one to look after the mules in the drama that are forced to cart incredible loads on their backs over the mountains in winter. Their owners spike their water with alcohol so they'll push on out of instinct alone. Animals in poverty-stricken areas all over the world are treated like the lowest of the low. Given the desperate needs of children and the elderly, the cycle of deprivation leaves the animals with no advocates. 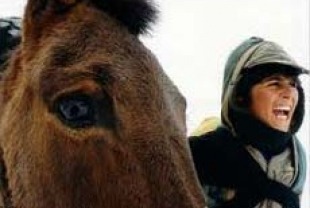 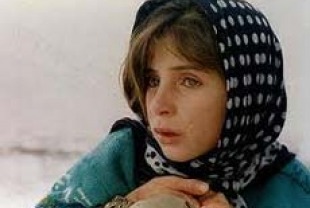