"I would ask you to remember only this one thing," said Badger. "The stories people tell have a way of taking care of them. If stories come to you, care for them. And learn to give them away where they are needed. Sometimes a person needs a story more than food to stay alive. That is why we put these stories in each other's memory. This is how people care for themselves. One day you will be good story-tellers. Never forget these obligations."

That's the advice of one of the characters in the classic children's book Crow and Weasel by Barry Lopez. But it could have come from the mouth of Zachry, a goat herder in the year 2346 in the movie Cloud Atlas. A complex film that spans five centuries, it puts six distinct stories into our memories, telling them in a nonchronological way so that they seem to swing and sway in our consciousness. Good questions are raised ("If God created the world, how do we know what we can change and what we must leave inviolate and sacred?"); difficult choices are made; and we come away with the realization that, yes, this kind of storytelling is how people learn about the human condition and how to care for themselves and others.

Cloud Atlas is based on a bestselling novel by David Mitchell that was a literary sensation because the author used six different writing styles. The screenplay was written by directors Lana Wachowski, Andy Wachowski, and Tom Tykwer, who rearranged the narrative by focusing on thematic motifs and suggestions of links between the characters from one time period to another. Each of the protagonists has a quest that is undertaken or a mission to accomplish. There are karmic consequences for their actions and always the possibility of transformation.

Some of the six main characters struggle with their own egos and inner demons; others must do battle with powerful forces of ignorance, violence, prejudice, brutality, and hatred. In each era, brave men and women speak out against the darkness by telling their stories.

Adam Ewing (Jim Sturgess), an American attorney, is on a ship returning to San Francisco from the South Pacific in 1849 when he succumbs to a tropical brain parasite and must be treated by a seemingly friendly doctor (Tom Hanks). Then this big-hearted traveler gets involved in helping a slave (David Gyasi) who has stowed away on the vessel.

His story is served up to us in various pieces but ends on a high note with Ewing deciding to join the abolitionist movement, much to the chagrin of his racist father-in-law who says: "No matter what you do, it will never amount to anything more than a single drop of water in a limitless ocean." Ewing replies: "What is an ocean, but a multitude of drops?" That theme — that we each are part of a larger whole from which we cannot really be separated — is evident in other stories as well. So is the theme of the struggle against oppression.

In 1936 Ben Frobisher (Ben Whishaw), a young and ambitious composer, leaves behind his lover Rufus Sixsmith (James D'Arcy) to go on a quest for fortune and fame. In Belgium, he becomes a musical collaborator with Vyvyan Ayrs (Jim Broadbent), a famous composer. Although this young wheeler dealer thinks he is using the old man for his own advancement, Ayrs turns out to have some dirty tricks of his own up his sleeve. This has tragic consequences for Frobisher and his composition The Cloud Atlas Sextet.

The third story is set in 1973 in San Francisco. Told in the style of a mystery/conspiracy story, it focuses on journalist Luisa Rey (Halle Berry) who is writing a story about possible corruption and malfeasance at a nuclear power plant. To stop her, the manager (Hugh Grant) hires a hit man (Hugo Weaving) to silence her. Luckily, three men are willing to help Luisa get to the truth: Rufus Sixsmith, an aging physicist (Frobisher's lover); Isaac Sacks (Tom Hanks), an employee at the nuclear power plant; and Napier (Keith David) who sees a chance to do some good in the world. Those who want to speak truth to power need other like-minded individuals to encourage and support them when the going gets tough.

A weird death and a heavy dose of comedy are served up in the fourth story set in England in 2012. Publisher Timothy Cavendish (Jim Broadbent) hits it big when one of his authors (Tom Hanks) makes headline news by tossing a critic over a balcony. But before long he's got money troubles and goes to his brother (Hugh Grant) for a loan. But his response is to have Timothy committed to a nursing home that is actually a prison. The publisher joins with three other older people to plot an escape.

The longest segment of the film revolves around a totalitarian society in 2141, Neo-Seoul. Here Sonmi (Doona Bae) is being interrogated for having independent thoughts as a "fabricant" or cloned servant. As she tells her story, we see how she was saved from death by a freedom fighter (Jim Sturgess) and their battles against the military forces. These scenes are way too long and violent, especially since Sonmi's main message is that we are all connected. Her mission, like some before her, is to reveal the "true" true.

The sixth tale takes place "after the fall" in 2331 and 2346 Hawaii. Zachry (Tom Hanks), a simple goatherder, has survived a planetary catastrophe and lives in a rural community that speak in a dialect of mostly simple phrases. Led by the Abbess (Susan Sarandon), they worship a goddess named Sonmi.

Zachry's life is upended when Meronymn (Halle Berry), an emissary from a more advanced community, asks him to help her find something at the top of a mountain. To do so he must risk his life and face the taunts of an ever-present demon (Hugo Weaving). We realize his life has reached fulfillment when we see him as the storyteller, surrounded by children at a campfire. He shares the dream of all the characters for a peaceful world without violence and oppression where people speak and live the truth.

"Our lives are not our own. From womb to tomb, we are bound to others. Past and present. And by each crime, and every kindness, we birth our future."

Cloud Atlas with its multilayered narrative, intersecting themes, and recurring character types is the kind of movie that you can step into, finding points where its stories reminds you of your own. Here are some ways into the movie and its connection to your life.

Ancestors
We all have roots in the past and branches reaching for the future. Use the wisdom of your ancestors to help you enjoy the whole experience of being alive.

Bearing Witness
With our stories, we bear witness to who we are and what we have seen and experienced.

Caring
We are called to be care-givers of the good earth and of those who are suffering.

Community
The soul flourishes and joins others in community when we share ourselves and our stories with others.

Compassion
Your soul is compassionate. Allow your deep feelings for others to move through your words and deeds.

Connections
We are connected with others in many ways. Separation is an illusion. The walls which have separated us from each other fall down when we act as part of the ocean of oneness.

Death
In death we pass out one door and in another door to another realm.

Freedom
The ache and yearning for freedom is a testament to the Spirit within us.

Fear
It takes a lot of guts and patience not to let fear build a bunker in our hearts.

Hold Nothing Back
Hold nothing back in your pursuit of truth and justice.

Idealism
Find ways to fuel your idealism. Put it into action, and it will become an eternal flame.

Justice
Believe that justice can be achieved. Whenever you get angry at injustice, remember that you stand on the shoulders of prophets and whistle blowers who put their lives on the line for what they believed in.

Pain
There is no end to the pain in this world but we can do our share to prevent it and to turn around.

Risks
Taking risks is essential to spiritual growth. You need to test your principles and find out what you
are made of.

Special features on the DVD include "A Film Like No Other." 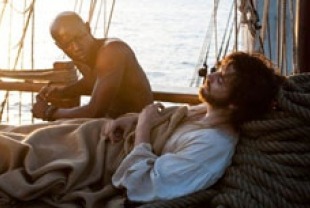 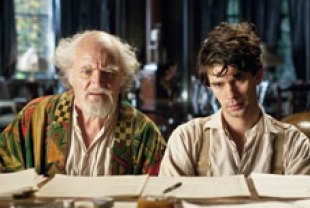 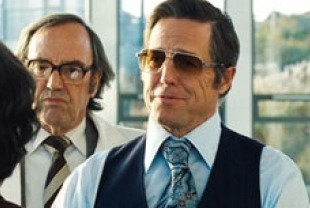 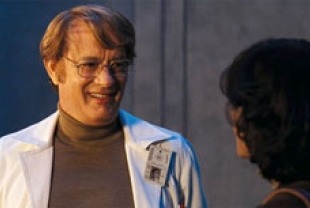 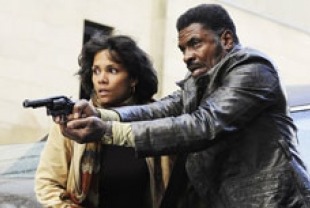 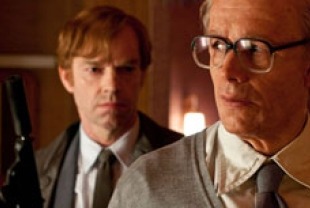