Directed by Alex Gibney
A shocking documentary about the Catholic Church's cover-up of sexual abuse and the heroic response of victims.

There have been quite a few powerful documentaries about pedophile priests but none that will make your blood boil as much as Mea Maxima Culpa: Silence in the House of God directed by Alex Gibney (Enron: The Smartest Guys in the Room, Freakonomics, and Client 9: The Rise and Fall of Eliot Spitzer). The focus here is on the sexual abuse of more than 200 boys in Milwaukee's St. John's School for the Deaf by Father Lawrence Murphy, their teacher who later became head of the school. In a case that covers three decades, we follow the crusade of four brave victims to expose this man's sexual abuse and reveal the Catholic Church's attempt to cover-up this egregious scandal.

As we listen to their accounts of being sexually abused (Jamey Sheridan, Chris Cooper, Ethan Hawke, John Slattery speak for them) our hearts go out to Terry Kohut, Gary Smith, Pat Kuehn, and Arthur Budzinski for bearing the anxiety and the shame for so many years in silence. Imagine the impact of the shattered trust in a priest and an institution that acts as if men of God are above the law despite the horrific and lasting effects of pedophilia. Richard Sipe, a mental health counselor and former monk, explains that some priests who engage in this crime may try to justify what they are doing as a purification of the lusts of youth through stimulation of their sexual organs. This outrageous rationalization is only one example of how this case has drawn out both appalling and despicable aspects of human nature.

The most dismaying evidence exposes the efforts of the Catholic church to protect the offending priests by sending them to other parishes or to prevent public examination of these cases.. We sense the corruption of an institution that is lacking in human feeling for the victims and is willing to do whatever it takes to maintain its own power and wealth.

It's hard not to agree with writer James Carroll who sees Pope Benedict XVI as "the chief sponsor of a new Catholic fundamentalism enforced with no regard for the real cost to human beings." As Cardinal Ratzinger, this conservative Catholic established a notorious record of excommunicating liberation theologians and adamantly opposing women as priests. Still, we were truly unprepared for the disclosure of his large role in and long history of keeping a lid on the sex-abuse scandals, refusing to help victims and being reluctant to bring guilty priests to justice through imprisonment. Ratzinger had information on all sex abuse cases around the world sent to him. He knew exactly what was going on yet chose not to act. Instead the future Pope stood firm in his resolve to defend his vision of a hierarchical, patriarchal, secretive, and completely authoritarian church.

Alex Gibney's remarkable documentary salutes the real heroes who spoke the truth to power and brought this all into the light of day. 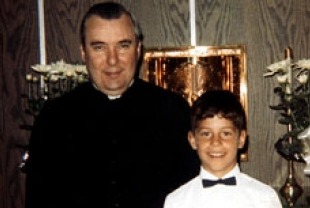 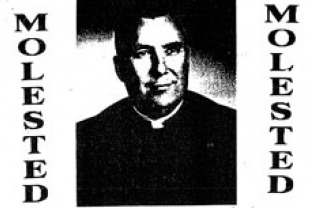 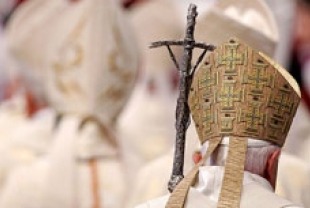