Directed by Judd Apatow
A frolicsome and thought-provoking film about a couple's midlife crises and how it affects their marriage, their family life, and their sense of themselves.

On the surface middle-agers Pete (Paul Rudd) and Debbie (Leslie Mann) have it all. They live in a large and lavish house with their daughters, teenage Sadie (Maude Apatow) and eight-year-old Charlotte (Iris Apatow). Pete loves his job running a small record label featuring rockers from the past, like Graham Parker, who still have a passion for their music; unfortunately, his albums are not selling. Debbie runs a clothing boutique; she is trying to figure out which of her two employees (Megan Fox and Charlyne Yi) has stolen $20,000 from the business.

Role Reversal
David Gutterman, a scholar of human development, points out that many women leap to life with the autonomy and energy that come with middle age. In marriages, they assume the managerial roles abandoned by their spouses who are mellowing out and becoming less competitive. Women are also ready for new sexual adventures while the male libido has cooled down. Gutterman calls this phenomenon "a return of the repressed," in which men accept their feminine side and women their masculine traits.

After her birthday, Debbie initiates some reforms in their household including— eating healthy food, restricted use of the Internet, and more time together as a family. Sadie rebels against this new regimen, and Pete thinks it's just another perfect example of his wife's need to control things. But both parents are mystified as to why their daughters have no interest in exploring nature or building a fort as they did when they were kids. In an intimate moment with another married friend, Paul shares his fantasy of carrying on once he has done away with Debbie. It shows that he is as disappointed and angry with middle-age marriage as Debbie is.

Unfinished Business
"Parents may represent the most important unfinished business of our lives. These relationships are the source of all subsequent relationships. Once we begin to resolve how we feel about our parents — the instant that begins to happen — we can start to relate to others.

Two final strains on Pete and Debbie's marriage revolve around their parents and a looming financial disaster which may result in their selling the house and downsizing their lifestyle. Pete has been giving his father, Larry (Albert Brooks), large sums of money for years. Now he has to cut back drastically despite the fact that his dad has a new wife and three young sons to support. And Debbie has her own challenges with a reconciliation with her father (John Lithgow) whom she has not seen for seven years.

Writer and director Judd Apatow has created another very funny and frolicsome movie which also has something important to say about the very real challenges and crises of middle age. He boldly deals with what happens to a marriage when a couple faces a moment of truth and each party must face really living with his/her partner rather than hiding behind old behaviors and roles. Through all their verbal battles, heated fights, and personal upheavals, Debbie and Pete seem to be growing slowly and renewing their love for each another as they move forward into territories with no maps.

Special features on the BluRay/DVD combo include an hour of deleted and extended scenes; the making of This Is 40; a gag reel; a commentary by writer/director Judd Apatow; more line-o-rama; more music; Fresh Air with Terry Gross (WHYY, Inc.); and more. 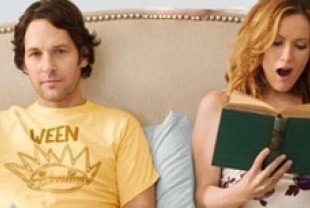 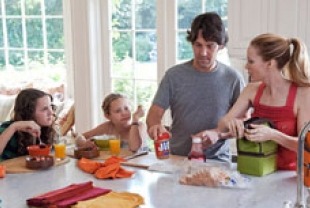 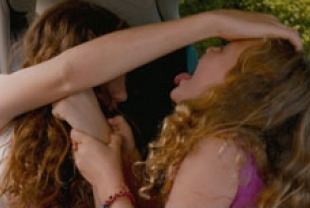 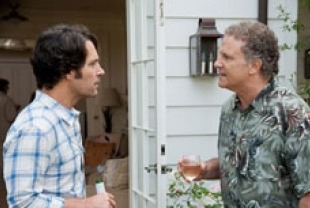 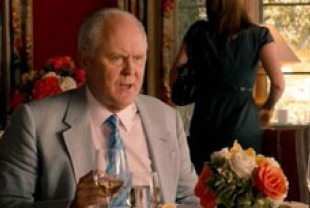 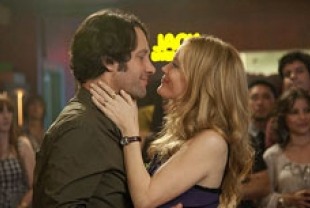