Tears of the Buddha

Directed by Joel Lesko
A group of Buddhists teachers on the meaning and value of the emotions in a spiritual life of meditation.

The Seventh Mind and Life Conference took place in Dharamsala, India, for five days in March 2000. His Holiness the Dalai Lama and other Buddhist scholars met with Western scientists and philosophers to discuss destructive emotions, feelings in everyday life, windows into the brain, mastering emotional skills, and reasons for optimism.

Destructive emotions such as anger and hatred are convulsing the private and public lives of people around the world. These out-of-control emotions have muscled their way into the human mind and heart, pushing aside more healing emotions such as empathy, compassion and peace. During this conference, the Dalai Lama and other Buddhist practitioners discussed mind training exercises that are capable of transforming these destructive emotions.

In this probing film, writer, producer, and director Joel Lesko follows the example of that conference and explores the meaning, role, and purpose of emotions in the spiritual life with teachers with various perspectives. It is a subject that has intrigued him for more than 25 years. The 12 teachers are Gangaji, Eli Jaxon Bear, Jon Bernie, Judith Blackstone, John de Ruiter, Peter Fenner, Mukti, Karl Renz, Rupert Spira, Pamela Wilson, Jeff Foster, and Daniel Barron. In the opening session, the filmmaker, who serves as host and commentator, gathers different definitions of emotions ranging from "big energy" to a "subset of mind" to an "expression of the soul."

Although the discussion dips into dealing with anger and the brain's role in emotional display, the teachers speak in very abstract terms and foil Lesko's interest in examples of how the emotions relate to the choices we make in everyday life. The filmmaker does the best he can to shift the focus to the practical and the concrete.

It is salutary to see Buddhists taking an interest in spirituality and the emotions. The material covered here will be of interest to scholars and practitioners of meditation and other mind training exercises. 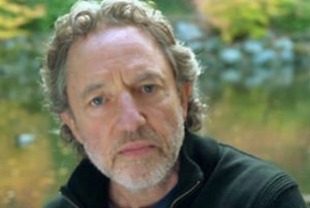