Directed by Chloe Crespi, Jonas Elrod
An intriguing documentary about a young man, his close encounter with the world of spirits, and his quest for peace and transformation.

Many people claim to have communicated with those who have passed over to the other side. They will tell you that they have felt the presence of a deceased partner, friend, or family member. Others have experienced contact with the dead through dreams or objects left behind as sacraments of their love. These encounters are mysterious — defying both reason and explanation. But to those who have been blessed by them, they are as real as rain and just as refreshing.

But oftentimes such encounters with spirits are unsettling. "I see dead people," says the nine-year-old boy in The Sixth Sense who is deeply upset by these encounters. In Wake Up, Jonas Elrod, a 36-year-old filmmaker, has his life turned upside down when he starts seeing spirits, angels, demons, and shape-shifting objects of light all around him. Much to his dismay, the visions do not go away. He is examined by neurologists, psychiatrists, and other specialists who are unable to explain what is happening.

Jonas and his girlfriend Mara are frustrated that there are no resources to help him. When his pastor suggests that he should reframe his experiences as a gift from God, Jonas rejects the idea. His parents and friends are baffled but supportive of his quest to seek counsel from those who are more familiar with the spirit world. He does find other people who have had similar experiences with an alternate reality and nonlocal consciousness; he even travels to Europe where researchers are able to get images of what he is seeing.

Along his extensive journey to find out what he can do with this gift, he also consults with spiritual teachers, including Sufi Llewellyn Vaughan-Lee, Buddhist Joan Halifax, JZ Knight of Ramtha's School of Enlightenment, and Chief of the Chehalis Tribe Mark Colson. A vision quest under the guidance of the latter finally brings Jonas some peace and deep gratitude for all aspects of his life.

Of all the advice he is given, the best comes from Llewellyn Vaughan-Lee, a mystic who says "Who wants to be woken up? Because the real experience is just this complete shift in consciousness and it's terrifying. Because suddenly the parameters of your world change. The known world is no longer the known world . . . You take the journey from ego self to one's divine nature . . . enlightenment."

The directors of this intriguing documentary have done us a real service by making it clear that the spiritual journey is always filled with darkness, soulful questions, doubts, and mystery. It cannot be rationally explained or logically answered.

Leonardo Boff, the Catholic Latin American theologian, has put it this way:

"We never 'catch up with' reality itself. The real nature of mystery always evades our attempts to conceptualize it, and escapes the nets of our language and symbolism. Its depths are never plumbed. Mystery is always linked to passion, enthusiasm and all great emotions, in short, to life's deepest and greatest impulses."
— from Ecology & Liberation 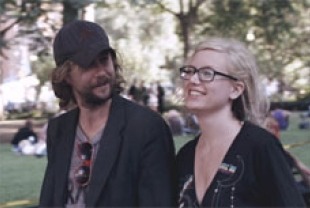 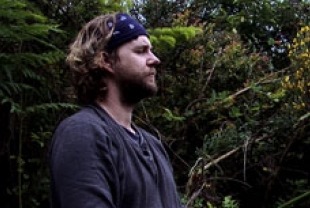 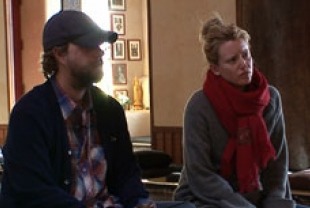 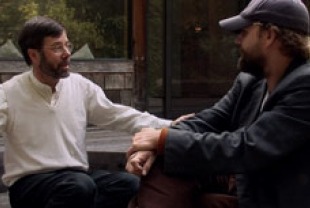